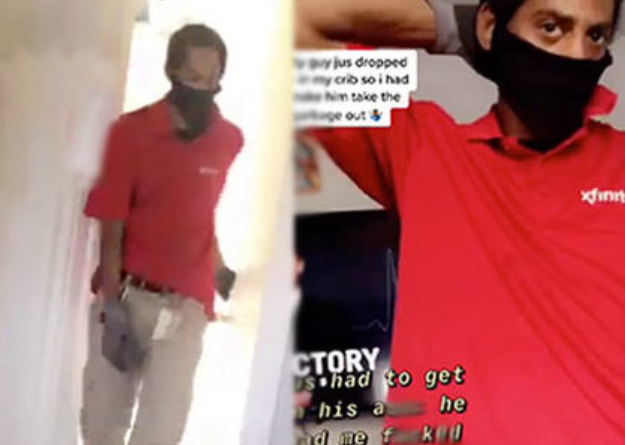 One of the truest sayings in the world is the phrase ‘when you’ve gotta go, you’ve gotta go’, and that applies even to cable guys or electricians in the middle of a job at some stranger’s home.

However this guy installing the WiFi was so desperate for a poop that he didn’t even ask the homeowner if he could use his toilet, and instead took an indiscreet, massive shit and returned to the living room to find the client waiting to shame him on camera:

Well I think the homeowner has come out of this looking like a bit of a twat despite thinking everyone online was going to big him up. I mean imagine embarrassing a guy like this for social media clout? Yeah OK it’s pretty unprofessional to take a shit in a client’s home and should be avoided if possible, but clearly this was a desperate situation that would have resulted in the cable man pooping his pants if he hadn’t taken matters into his own hands. I agree he should have asked or at least told the homeowner he was going to use the toilet but still – let the man shit in peace IMO.

To watch a homeless woman drop her pants and take a piss in the middle of a CNN broadcast, click HERE. That’s California for you.