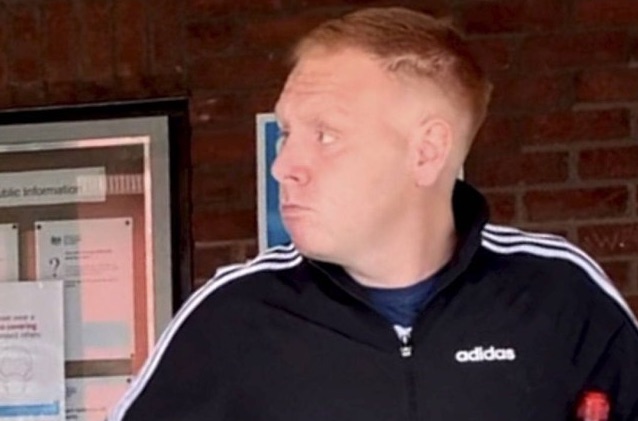 OK so obviously from the headline you know that this article is going to be about someone beating up a dog, so don’t read on or watch the video if that is going to upset you because the footage is pretty awful.

29 year old Jospeh Pocklington was spotted by a woman in Darlington literally beating his dog up back in December of last year. She decided to capture the abuse on her mobile phone before stepping in and confiscating the animal from him. What a badass.

The woman later called the police, who found Pocklington sleeping in a nearby graveyard. Guess that’s the only option when some random has just had a go at you and stolen your dog because you’re a bastard – it’s gotta be pretty debilitating.

Pocklington today argued that he couldn’t remember hitting the dog, instead saying that he became angry after he tried to run into traffic. Considering he woke up in a graveyard too, it sounds like he was completely wasted as well, and this was confirmed by his lawyer Stephen Andrews who said the following:

You have a gentleman here who would describe himself as a dog lover.

He has kept dogs for many years without any issues whatsoever, he looked after them and he protected them.

He has no recollection of the incident, but he tells me he can remember his feet becoming tangled with the dog lead and becoming angry.

You have heard that police found him asleep in a public area a short time after, and that is because he was so intoxicated.

He is incredibly remorseful.

His sob story didn’t fly though as he was given a 12 month community order and banned from owning animals for two years. Can’t say it isn’t deserved because even if he was completely off his face, it’s no excuse for the way he treated that poor dog. You have to face the consequences of your actions.

To cheer you up after that, here’s a dog swimming pool party. Looks completely awesome.