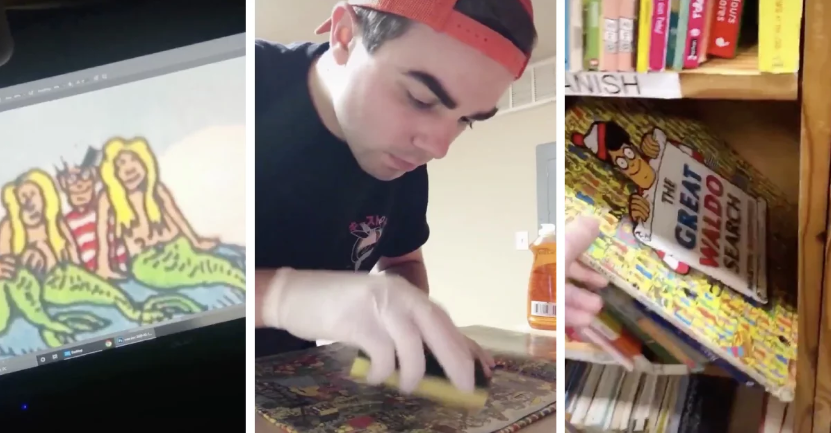 Did you ever play ‘Where’s Wally?’ growing up? Sometimes it would be impossible to find the bastard. He was always there somewhere on the page but sometimes it would be so painstakingly brutal tracking him down that the rush of finding him in a sea of other people was the best feeling a child could have.

Thanks to this utter psycho over in the US though, Wally is about to be literally impossible to find, which surely must be considered an act of terror on the new generation of kids buying Where’s Wally books:

Cruel. Just cruel. Any kid that buys that book is 100% developing a drug addiction later in life. All those hours whittled away looking for Wally (or Waldo as he’s apparently known over there), losing sleep, snapping angrily at your nearest and dearest, all without the knowledge that Wally has literally been erased from the pages.

Like I said Where’s Wally is hard enough as it is, so this guy truly is a special kind of evil to pull off a prank this. Lock him up and throw away the key IMO.