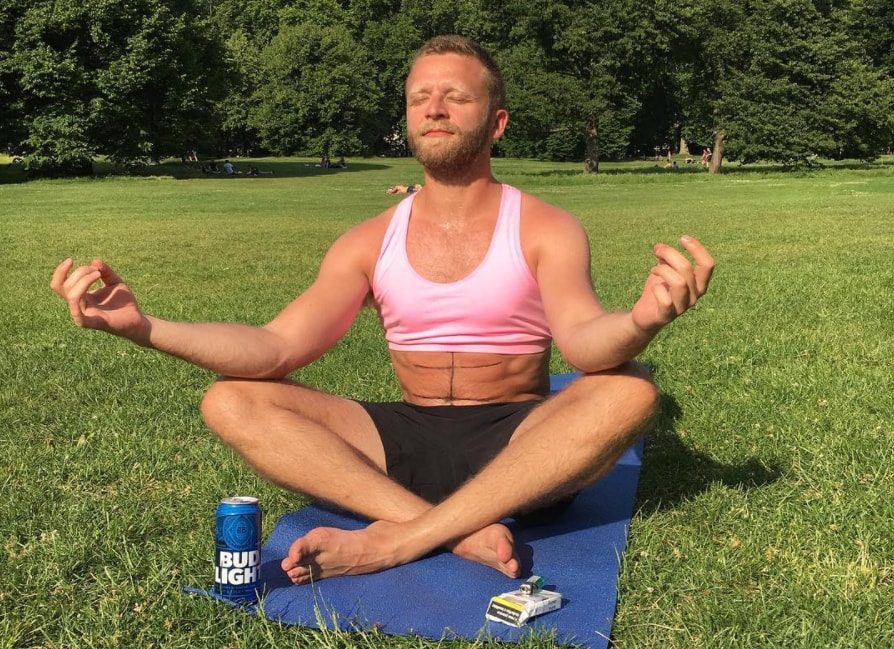 A man named Edward Lane was so sick of his girlfriend making him take all the pictures for her increasingly popular Instagram account that he decided to start his own.

But instead of advertising the usual avocados, Fit Tea and kombucha crap, Edward promotes chicken nuggets, beers and cheeseburgers, alongside his marker pen drawn on abs.

Here’s a selection of some of his best posts:

Oh man. He must have really hated his girlfriend Amy Hopkinson’s posts. Seems like he’s really getting into this trolling business, and doing a pretty good job of it too – I’m also assuming that he’s making her take the photographs for him.

I suppose turnabout is fair play but when he’s rinsing everything she’s doing with her life is their 18 month relationship really going to last that much longer? Stay tuned to his Instagram as I’m sure we’ll hear about it on there if it doesn’t.

For more ripping into inspirational posts, check out these gym inspiration quotes fixed into memes about getting wasted. Perfect.