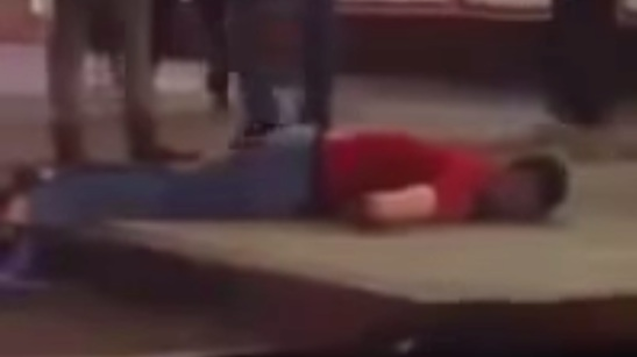 That’s justice for you.

However, that’s completely the opposite in this situation in which the other dude gets a bit pissed off with the boyfriend venting at both he and the chick after catching them at it in the street and subsequently takes a swing at him to get him to shut up. Fortunately, the boyfriend is a lot more nimble then this big looking guido idiot and manages to duck his punch and then give him one of the most painful looking powerslams in history, with his face connecting with the floor massively and knocking him out cold.

Rough justice, but probably not as funny as when this best man caught his buddy’s girlfriend cheating on him in the act.