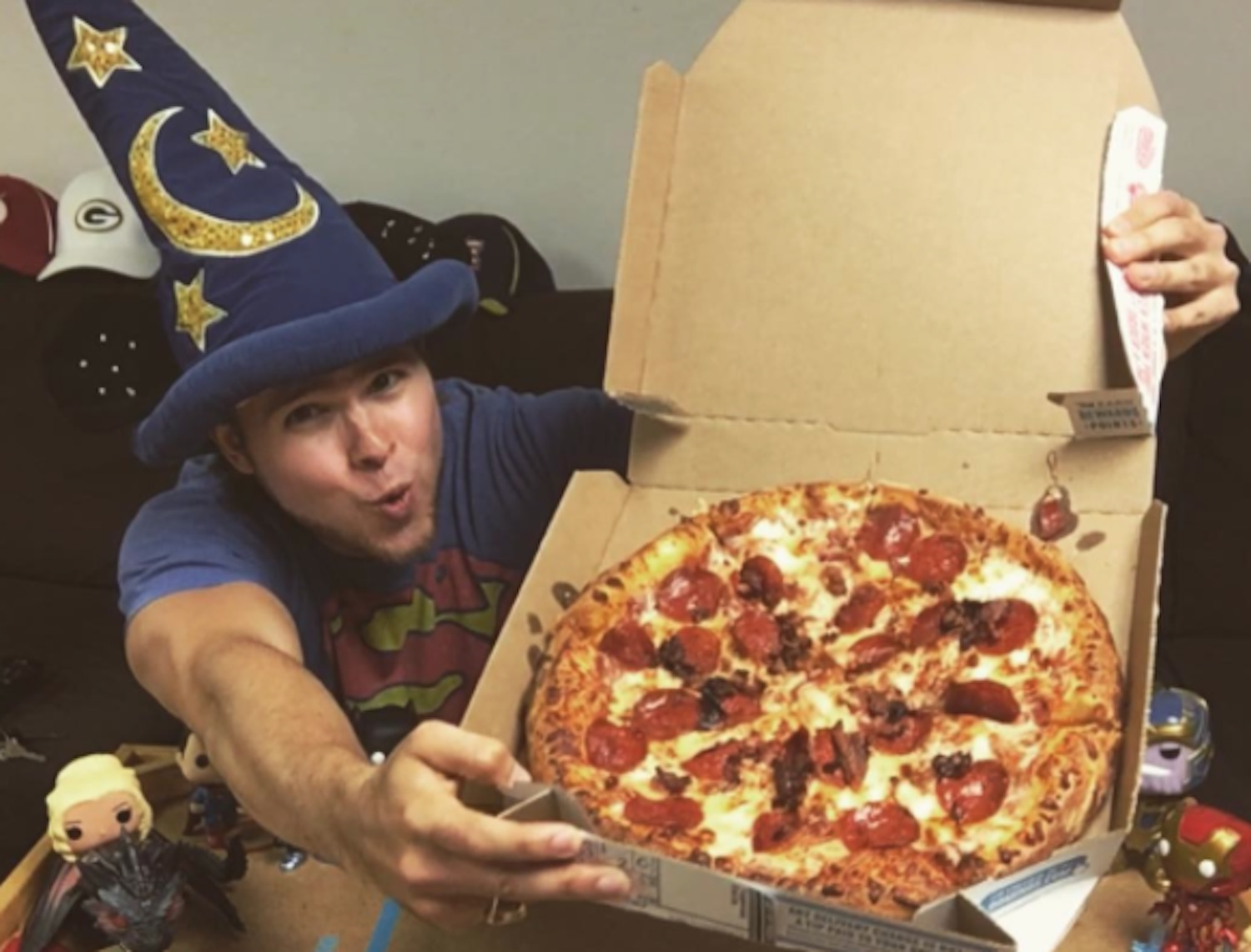 A diet we can all get behind.

It’s a well known fact that if you eat a lot of pizza then you’re probably going to get fat. It’s just the way it goes.

However, it turns out that this might not actually be true if this guy Brian Northrup’s story is anything to go by. He decided to eat a whole Domino’s pizza every day for a year to prove that diet wasn’t everything. Working on the idea that if you burned more calories than you ate then you would lose weight, he worked out hard and actually ended up losing weight. What an absolute bastard.

In addition, I’ve increased my strength, speed, AND (most important to me) my cardiovascular endurance over the course of this endeavor. Also, I haven’t been sick for a single day of this experience, nor have I injured myself a single time.

Sure, you might not want, or be able to put in the amount of work that I do, but if you think you could be doing more, I just want to show that it’s worth it.

If you see me, a relatively small guy, who was never a good athlete… I want to be a reminder of what’s possible through hard work.

I’m not gonna stop either. I don’t know why anyone would do anything for a year, when you can do it for over a year.

Well yeah fair play to the guy I suppose. He looks great and ate pizza for a whole year, but he probably had to spend about three hours every day working it off and doesn’t have any friends and never parties. So I guess it is possible to lose weight and still eat pizza every day, but you’ve got to make a few sacrifices if you’re going to do it.

For more pizza, check out this fried chicken crust pizza. Bet Brian wouldn’t be able to eat one of those every day for a year and stay slim.