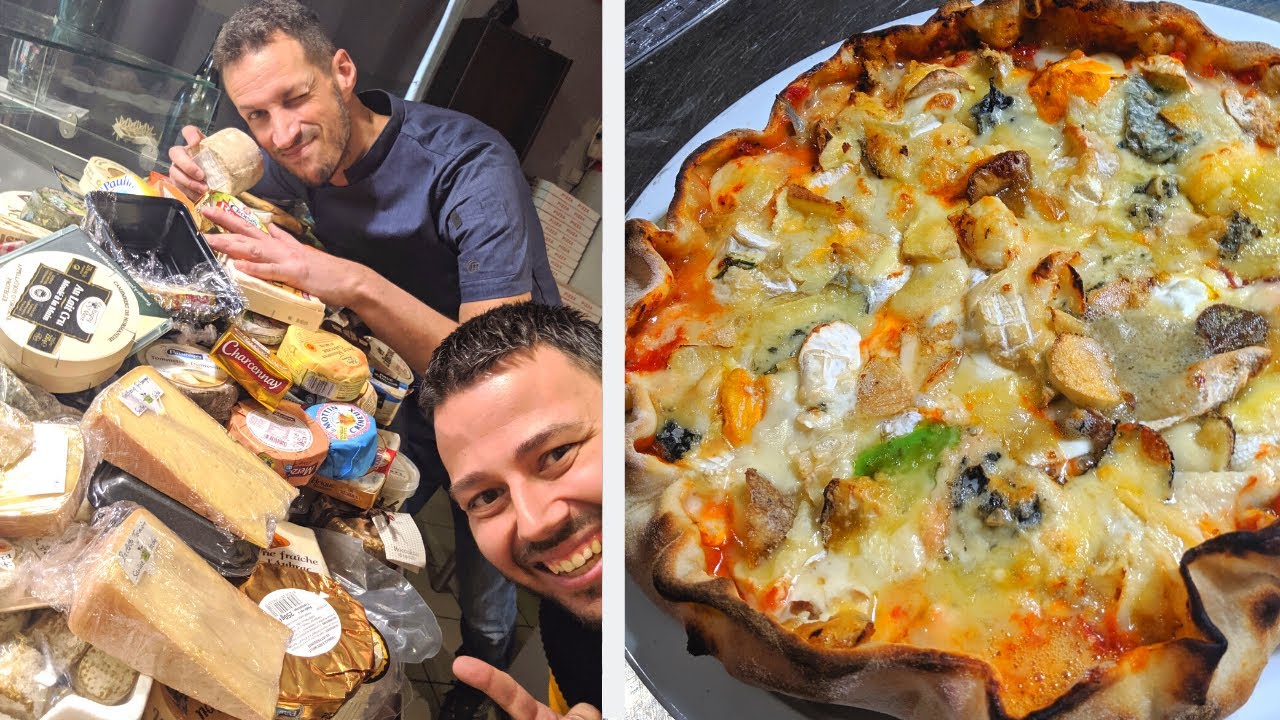 Everyone loves pizza – even vegans if they can get their hands on a vegan version – but it isn’t so often any more that you see a truly innovative pizza that’s trying to do something a bit different.

This articles features on of those times though after Benedict Bruel, the manager of Déliss’ Pizza in Lyon decided to come up with a  record braking pizza that would feature 257 different cheeses on it. You’re probably thinking ‘how in the hell does he pack 257 cheeses onto that?’ and I’ll be perfectly honest and tell you that it doesn’t even look that good – it’s more like a quiche or something and you can barely see the tomato sauce. Sure it probably tastes brilliant though.

You can watch a video of Bruel making the pizza, as well as explaining why he felt it necessary to break the previous record by over 100 cheeses underneath:

I told myself that we, the French, with our country of cheese, we could easily put 100 more… We couldn’t even see the tomato sauce anymore.

The pizza had to be 30 centimetres wide and there should be at least two to four grams of different cheeses.”

People laughed when I went to the checkout several times with about 60 cheeses.

[With] the time to unpack the cheeses and shape the dough, the making of the pizza lasted almost two hours and 20 minutes.

People think it’s sickening, but it’s not. It is a pizza made for several people, a small piece is enough to appreciate. For the aperitif, it’s perfect.

Yeah I was gonna say it’s probably a bit sickly isn’t it, but maybe it is perfect for an aperitif? I guess if I was in Lyon I would check it out, can’t really see the point of putting so many different flavours on one pizza though – seven or eight is enough surely? Fair play on breaking the world record though.

For more pizza, check out this pizza in Korea with eight entire hot dogs on it. Crazy.