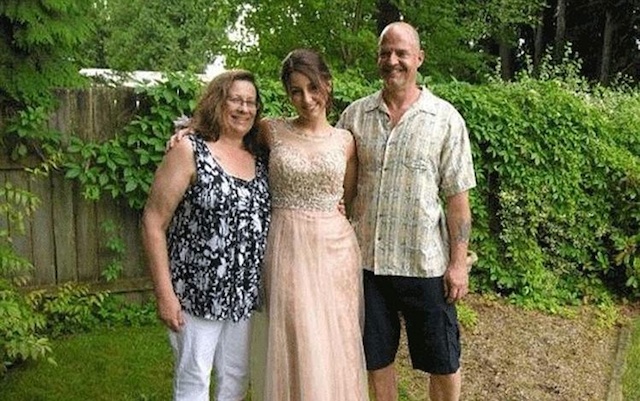 I suppose that’s one way to get it off your chest.

A guy called Randy Janzen from Vancouver took to Facebook to admit to killing his entire family.

This isn’t as horrific as it might sound – although obviously it’s still completely and utterly horrific – because he claims he did it because his 19 year old daughter Emily suffered from migraines that had effectively ruined her entire life and made her depressed, so he was effectively putting her out of her misery. He subsequently killed his wife because he didn’t think she should have to deal with the death of a daughter and Emily’s sister for the equivalent reason. After a friend notified police of the post, they surrounded his house and Randy burned it down whilst he was inside, effectively killing himself too via suicide.

This really is a sad state of affairs and probably totally unnecessary. Can a situation ever really be so bad that this is the only way that it can be solved? I’m not so sure and to be honest the Facebook post you can see below does make Randy come across like he has a screw loose. I mean sure POSSIBLY (and I mean possibly here) kill your daughter to ease her pain but do you really need to kill your whole family as well? That just doesn’t add up for me, but neither does the killing my own daughter part either.

Conspiracy nuts amongst you may claim that it was all a set up but could that even be feasible too? Check out these other weird suicides that may or may not be true too if that’s the kind of thing you’re into as well. 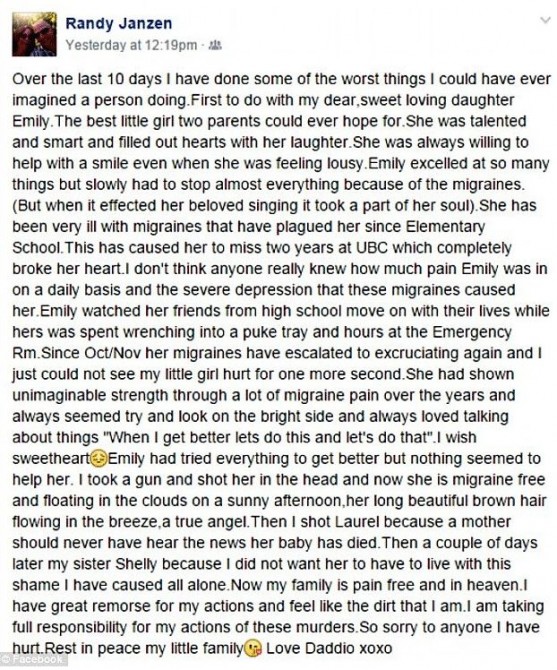