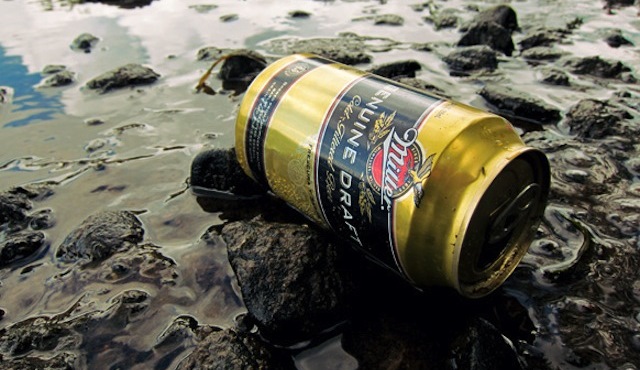 An Australian man has developed a NSFL mystery growth on his belly after retrieving a can of beer he dropped into the Brisbane river and drinking from it.

Ever felt so parched that you’d pluck the can of beer you just dropped into a murky, disease-ridden river and carry on drinking from it? Here’s a free tip – don’t ever do that or you could end up like 60-year-old John Macdonald from Queensland, Australia, who is paying a cruel price for his thoughtless thirst-quenching after he dropped and then retrieved his half-full can from the Brisbane river.

It took about 3 hours before John started throwing up everywhere and had to be rushed to hospital, where he has since undergone four operations and been kept on several courses of antibiotics. He still hasn’t been fully cured and doctors still don’t fully know what’s wrong with him, despite removing the stupendously gross hernia-like mass of flesh that developed on his belly (NSFW pics below).

John said: “I want to tell my story to the world in the hope that someone somewhere might answer my prayers and finally get me well. I’m a good bloke and I want to be around for my kids and my little grandchild so if there’s a bloody good doc out there that can help, then give me a holler.”

Here’s hoping John gets well soon. For the rest of us let’s all agree right now that if the can falls in the river, it stays in the river. 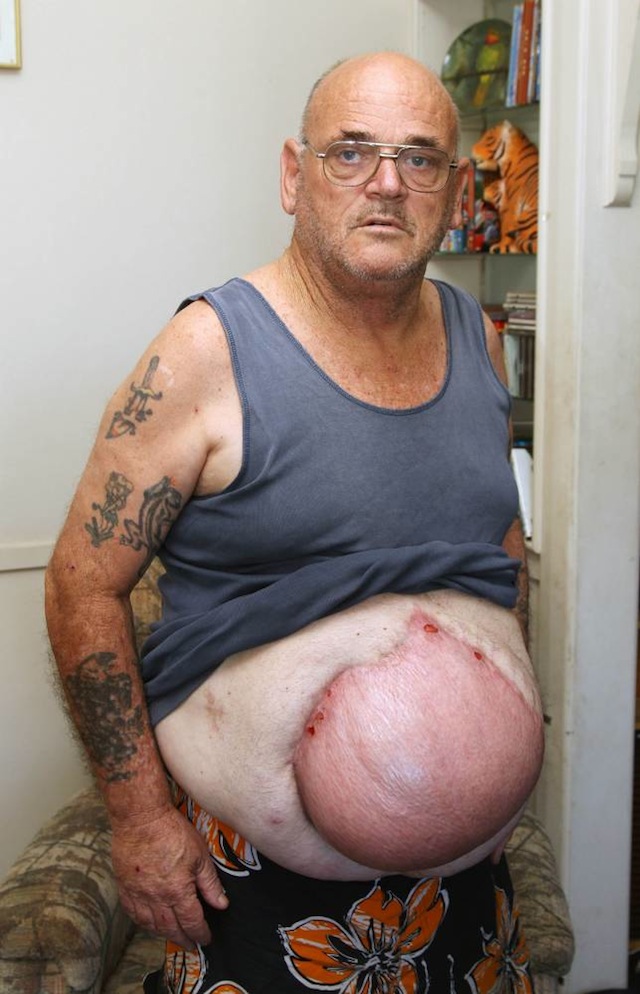 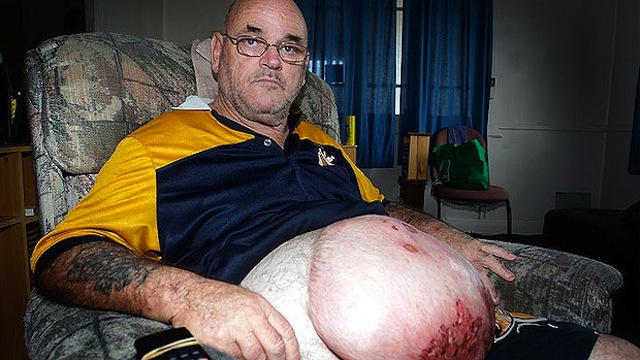 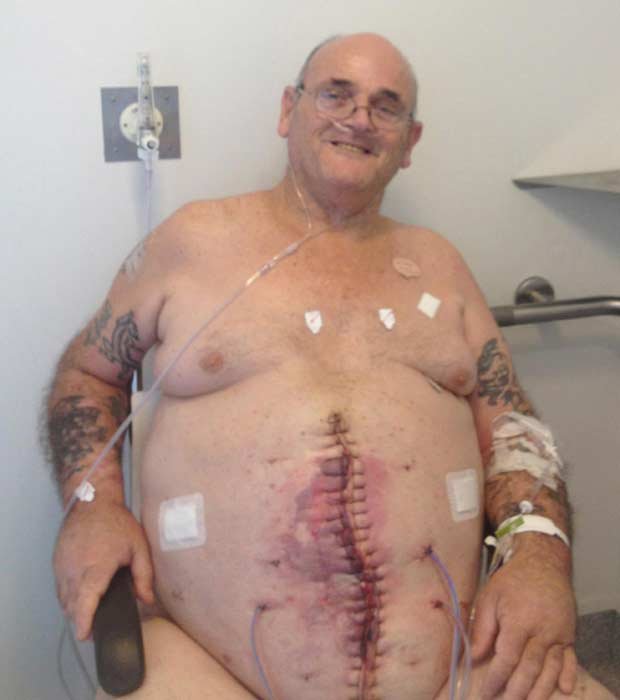