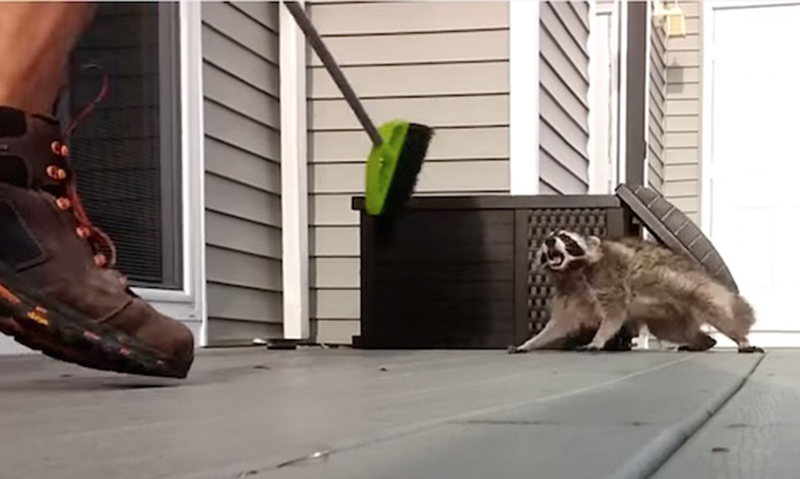 This guy definitely has rabies now.

A man managed to film his encounter with an angry raccoon living in a bin outside his house, after he challenged the creature with a broom for ownership of his front porch.

He seems to get rid of the raccoon with relative ease, but it then comes back for more looking extra PISSED.

Looks like getting rid of raccoons isn’t as easy as you might think. Especially when they get extra feisty like this one did. Not sure if this guy survived or has rabies now or what but I’m guessing he’s OK. Next time I reckon he should just punt the raccoon into outer space with those boots.