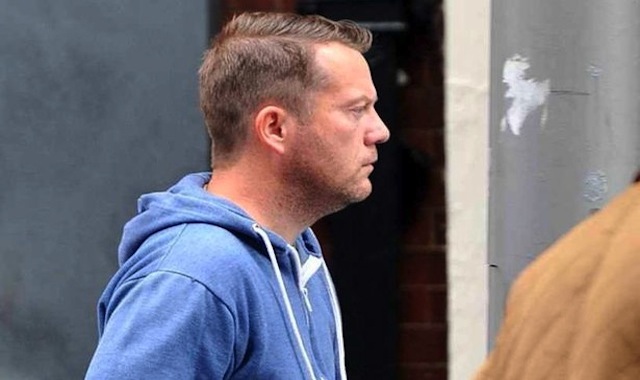 A man who forgot to book the venue for his wedding preferred to call in a hoax bomb threat than to let his missus know he messed up. Unfortunately, she found out anyway.

Some people joke about calling in bomb threats so they can stay in bed instead of go into work. Children joke about it in schools to get out of tests. We even see it happen sometimes in films. Neil McArdle, from Liverpool, called in a bomb threat in real life.

Worried his bride-to-be Amy would find out he’d forgotten to book the venue for their wedding day, Neil called St. George’s Hall in a panic and told them there’d been an explosive device left inside the building and it would go off in 45 minutes. His fiancÃ© turned up in her wedding dress and saw the place swarming with police.

After the place had been evacuated and the bomb squad and police had had a run through and were happy there was no bomb in the building, an hour had passed and there was luckily still time for the wedding.

Groom and bride and friends and family present, it then emerged that there was no booking in the name of McArdle and Williams. So after all of that, he still got the bollocking of a lifetime from his wife/friends/fam and made the situation 1000x worse with the ultimately unnecessary bomb threat. It only served to delay his shame and exacerbate it.

A source said: “He realised that he hadn’t filled this form in. But he hadn’t got the heart to tell his missus and her family”.

36-year-old McCardle admitted a charge of communicating false information with intent and will be sentenced later this month. He also confirmed that he and Amy were still in a relationship, so it’s not all bad news.

â˜› Up Next: Newest Meme To Sweep The Internet – The Wedding Chase