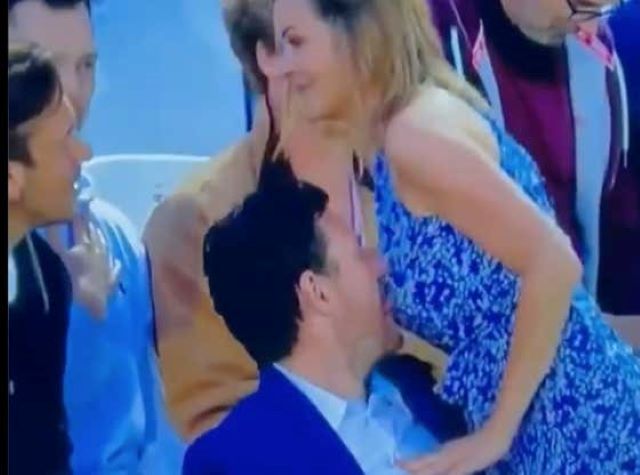 Cricket might not be the most exciting sport in the world, but there was a viral moment the other day during the match between Middlesex and Surrey on a (somewhat) sunny London day.

That look on his face before the bite, just ruthless. The guy went from a scoff of utter disgust at what dumb braindead comment he was forced to hear into a just lighting quick transition to a mouthful of tit. Absolutely flawless.

Yeah I did consider there could be a “rapey” aspect to this clip but I don’t really think that’s fair on the man. Obviously he’s mad for the cricket and when you add in some beers in the blood and sun in the face and someone sticks their boob in your face, chances are there’s going to be some nibbling going on. Not to mention they clearly know each other and she’s probably his girlfriend. Well I hope so anyway.