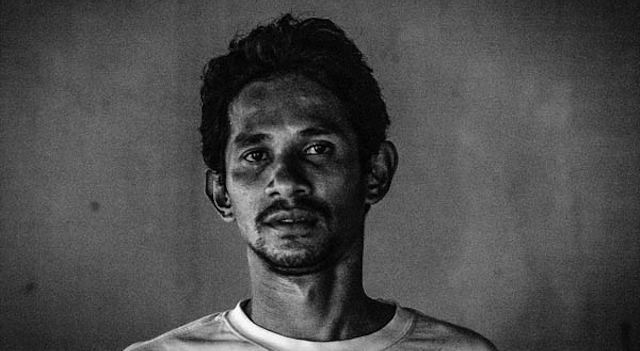 These photos are pretty upsetting so maybe don’t check them out if you’re feeling pretty emotional today.

A Malaysian photojournalist named Ahmad Yusni decided to document his brother Mohammad’s battle with cancer when he was diagnosed with it recently, towards the end of 2013. Ahmad hoped that the photo journal would document his battle with the disease and ultimate victory, but unfortunately Mohammad passed away only 39 days after being diagnosed with the cancer. That’s why these pictures are particularly harrowing and heartbreaking.

The reason Mohammad was so quick to pass was because he had been diagnosed with a rare form of cancer called ‘germ cell’ cancer. Typically, this is found in the ovaries or the testicles, but it can also develop as a tumour and in Ahmad’s case it manifested itself so that it blocked his kidneys and frontal stomach. There wasn’t much hope for him as eating and drinking soon became difficult and he was in constant pain even though the doctor prescribed him the strongest morphine.

In the UK, even though germ cell tumours have a lower five year survival rate, they generally respond well to chemotherapy. Unfortunately for Mohammad and his family though after one round of chemotherapy was unable to stop the cancer, his body was too weak to continue the treatment and he passed away shortly after.

His brother Ahmad states that the content expression on the final photograph of his dead body indicates that Mohammad had found peace after the terrible pain and suffering he was subject to in his final days. Haunting.