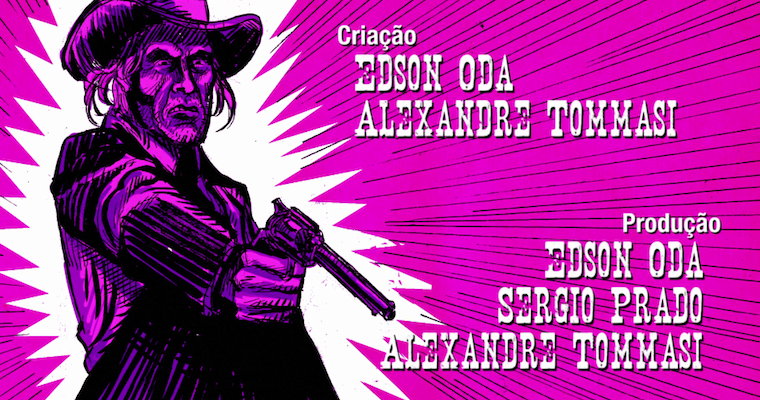 There are some things that you stumble across on the big old interwebs that are so impressive and forward thinking, they really make you stop and think ‘wow’. This video is one of them.

There are some things that you stumble across on the big old interwebs that are so impressive and forward thinking, they really make you stop and think ‘wow’. This video is one of them.

Edson Oda is the young and talented creator behind this short animation piece, which really sets the bar for other internet movie makers trying to make a name for themselves on YouTube/Vimeo. This animated piece is a story about Death, in particular a man called Fabiano who is a mercenary who’s been hired to kill Death for 30 gold coins.

Throughout the short film, Edson has used Origami, Kirigami, Time lapse, nankin illustration, Comic Books and Western Cinema to piece this interesting and entertaining piece together. As you’ll soon see from the beginning scene, this isn’t your ordinary short animation, this is something very special that the creator has put a lot of time and effort into producing. I presume that all of the stills are hand drawn, and the shots have been meticulously woven together to create a forward streaming flow of images with carefully chosen sound and props that create a fine setting for this interesting story.

â˜› Watch Next: The Most Popular Girls In School

Malaria was originally made with the intention of being entered into the ‘Django Unchained Emerging Artist contest’, but due to time and crew limitations the deadline was not met. We’re glad that Edson managed to finish this piece 6 months later and upload it for us to enjoy, as it’s a truly interesting short film.. Massive kudos.

â˜› Check This Out Next: Just Chilling Out Watching Some Flight Footage

â˜› Read This Next: New American Apparel Advert Banned In The UK