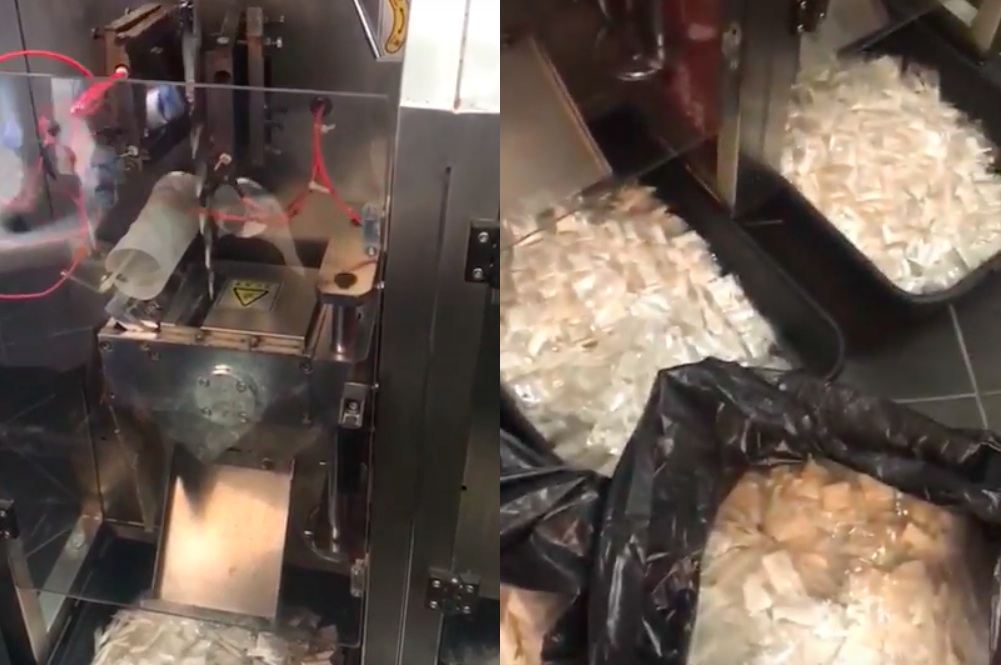 It’s becoming more and more of a concern amongst the workforce that robots are going to get so smart that they’re eventually going to take all of our jobs, but I thought that at least in the drugs market that our positions would be safe. Turns out I’m wrong.

Over in Brazil, police have uncovered a new rapid fire cocaine packing machine. As boring and tedious as it was in the past, I’m fairly sure that a bunch of unskilled labourers would be performing this task for a very low wage, but not anymore – this machine can make $1.5M Brazilian Real by packing baggies and selling them for $10 Brazilian Real each.

In case you haven’t worked it out, that means it packs 150,000 baggies a day, which is way more than a human can. Check it out in action:

Rapid. The only problem with it though is probably that the coke is pretty lousy quality if it’s all thin and easily packed, as you know the good stuff you need to chop up yourself when you get it.

I doubt the dealers are going to care about that though – all they care about is making $1.5M Brazilian Reals a day. If you’re a dealer, then it seems pretty clear that this machine is probably going to be one of the best investments you’ll ever make.

For more dealers, check out this one picking a fight with his customer and receiving the wake up call of the century. Just get the machine involved dude.