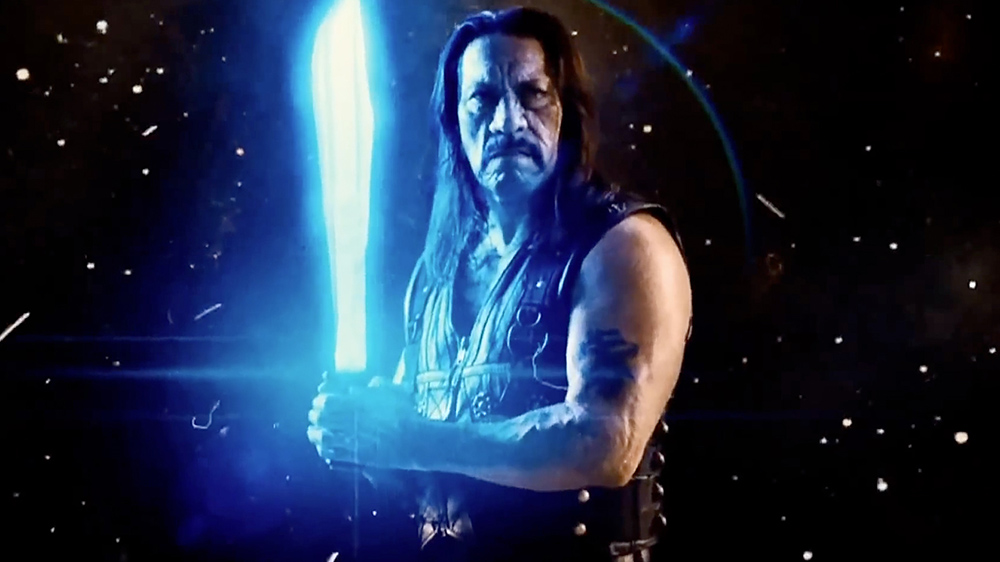 This is getting ridiculous… but we can’t wait.

‘Machete’ was a good film. The sequel ‘Machete Kills’… not so much. But turns out it did well enough to warrant a Machete trilogy which will culminate with ‘Machete Kills Again… In Space’ due to begin filming later in the year.

Robert (Rodriguez) and I are going to start to do Machete Kills in Space, so that’s going to be awesome. Absolutely. We’re going to be working on it this year.

You can guarantee this won’t be a classic by any stretch but Danny Trejo films are usually fun purely because Trejo is in them and literally anything can happen.

Here’s the joke trailer they’ll be working from:

Looks… watchable? Expect it sometime in 2016.