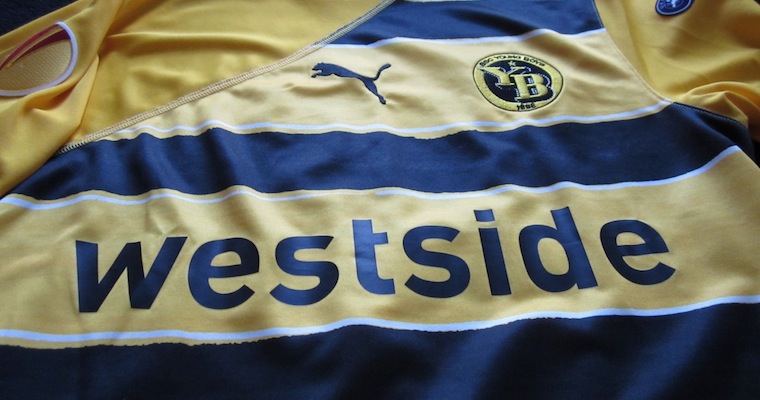 Well, when you’re travelling to Young Boys’ ground and it’s called the Wankdorf Stadium it would probably be rude not to, right?

Swiss football has never really ever piqued my interest extensively. Sure, there have been some events over the years that I’ve had a look at – Alexander Frei spitting at Steven Gerrard; when Young Boys battered Spurs at home on their Champion’s League debut so it looked as if they might not even qualify for the group stages; a bunch of players with stupid names like Hakin Yakin, Tranquillo Barnetta and Gelson Fernandes; Philippe Senderos telling Joey Barton to come in his face – but I don’t think I’ve ever taken an interest in the league and I don’t think anybody – even the Swiss – has ever been desperate to watch Switzerland play an international match.

â˜› Check This Out: The Ultimate Swiss Army Knife And Other Cool Gadgets

But it seems like some of the Swiss football fans actually have a pretty decent sense of humour, considering this little story that I came across today (as always, props to 101GreatGoals.com for bringing this story to my attention and making me laugh my ass off about it too, although I think my write up is obviously way more funny than theirs) and it’s mainly due to the fact that some idiot decided to call the Young Boys’ stadium the Wankdorf Stadium. I’m sure there must have been millions of jokes flying around about this when Spurs headed over there a couple of years ago and got battered, but I can’t really remember them. Anyway, none of the Yid army were cool enough to do anything as cool as the Luzern fans did on their visit to the Wankdorf Stadium last weekend.

The Swiss league had been on its winter break (yawn) and it was resuming last weekend and one of the star matches was Young Boys v Luzern. Young Boys ran out 3-2 winners but it seems like the Luzern fans might have had the last laugh, as it looks like every single one of the away fans dressed up as sperms for the trip to the Wankdorf Stadium. That is except for the ones who dressed up as a giant penis. It looks like it was pretty lolz that night, although it probably would have been way better if they had actually run out the winners in that match.

Imagine that, it could have led to some really ‘creative headlines’ like ‘A Real Smash And Grab Job’ or ‘Young Boys Have A One Night Stand With Luzern’ or in the case of a last minute goal/drama in the game: ‘Great Climax From Luzern.’ Or maybe if a goalkeeper saved a penalty it could have been something like ‘Great Hand Job From Luzern.’ Or maybe if they had won 7-0, something like ‘Luzern Spunk All Over The Wankdorf Stadium.’ That one maybe couldn’t have worked in any publication other than Sick Chirpse, but you get what I’m saying right? Those Luzern guys really blew it and are probably left with headlines like ‘Luzern Blow It Too Early With The Young Boys’ which is suddenly really creepy. I think I’m gonna stop coming up with these now because they are actually really easy to generate and might get me into trouble if I’m not careful.

Unfortunately there doesn’t seem to be any video footage of the crowd stunt but the two pictures below are pretty awesome. Hopefully this will lead to a new wave of away fans joining together to rip the piss out of home fans on their travels, although I can’t think of any grounds in England that have quite the ring to them and are as easy targets as the Wankdorf Stadium, can you?

â˜› This Is Unbelievable: Virgin Is A Father Of 14 – By Donating His Sperm 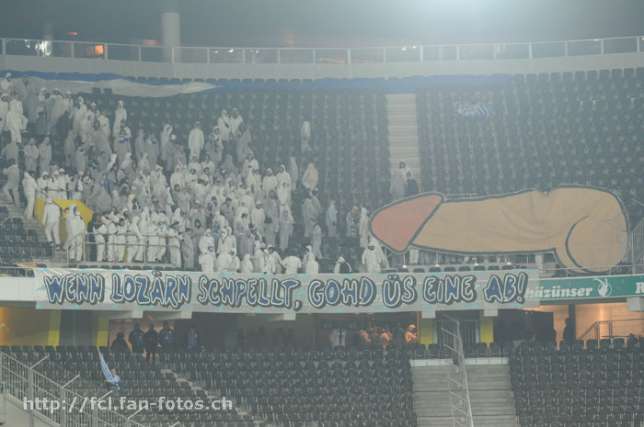 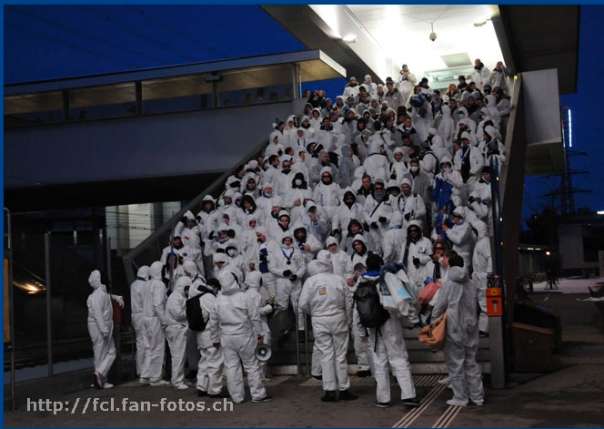