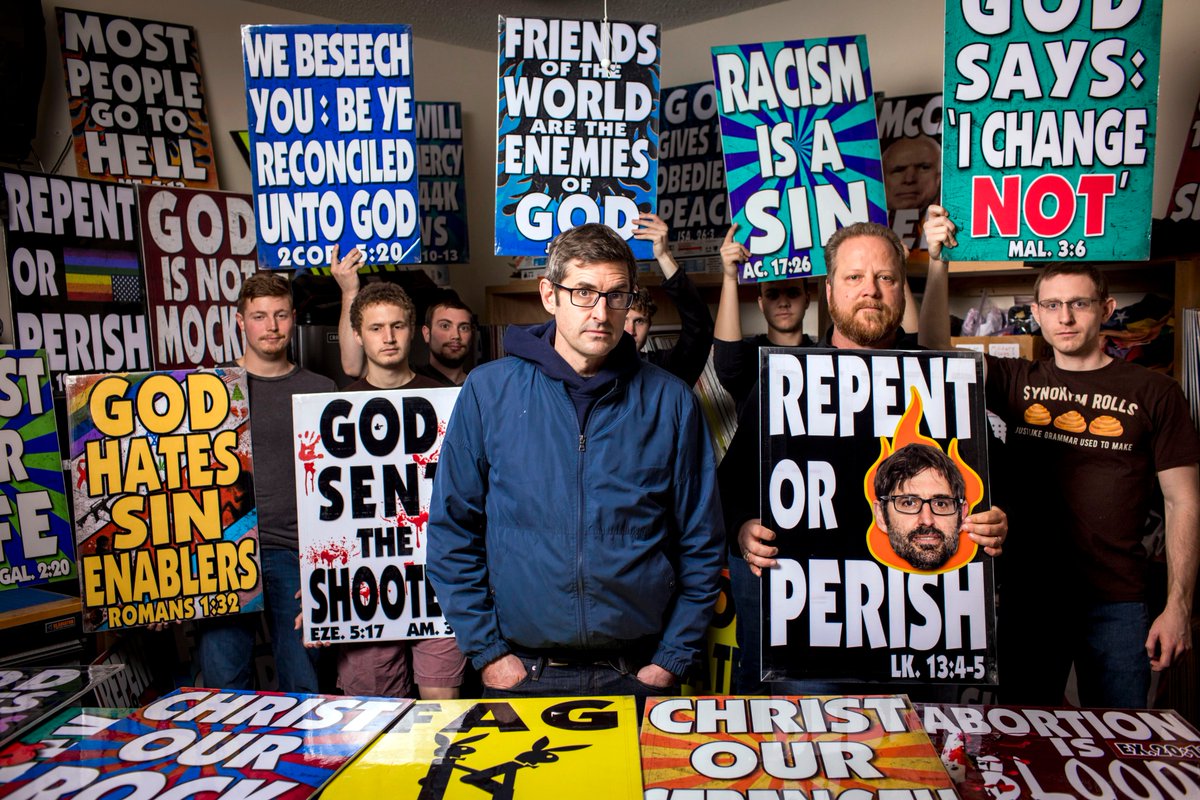 Pretty much every single one of Louis Theroux’s documentaries has been excellent, but some of the all time greatest ones were the ones where he visited the Westboro Baptist Church and investigated their controversial views. And now they’re getting another sequel.

As confirmed by the BBC, Louis Theroux: Surviving America’s Most Hated Family will see Louis revisit the church to see if anything has changed within the organisation since he last visited them in 2011. No air date has been announced yet, but a lot of people are hoping that Theroux will speak to Megan Phelps-Rogers, who left the WBC and totally turned her life around.

Coming soon – @LouisTheroux revisits one of his most notorious subjects: The Westboro Baptist Church. Following up on his last visit in 2011, Louis Theroux: Surviving America’s Most Hated Family will see Louis return to Kansas to see whether their controversial views have changed pic.twitter.com/3Z5zVf9pHC

Needless to say, this is going to be absolutely must see television like most of Theroux’s documentaries. The BBC usually air shows pretty quickly after they announce them, so hopefully we’ll be able to tune into this in the next month or something. Buzzing for it.

For more of the same, check out this Louis Theroux Bot that comes up with some excellent ideas for documentaries. Shame that they’re probably never going to be made though.