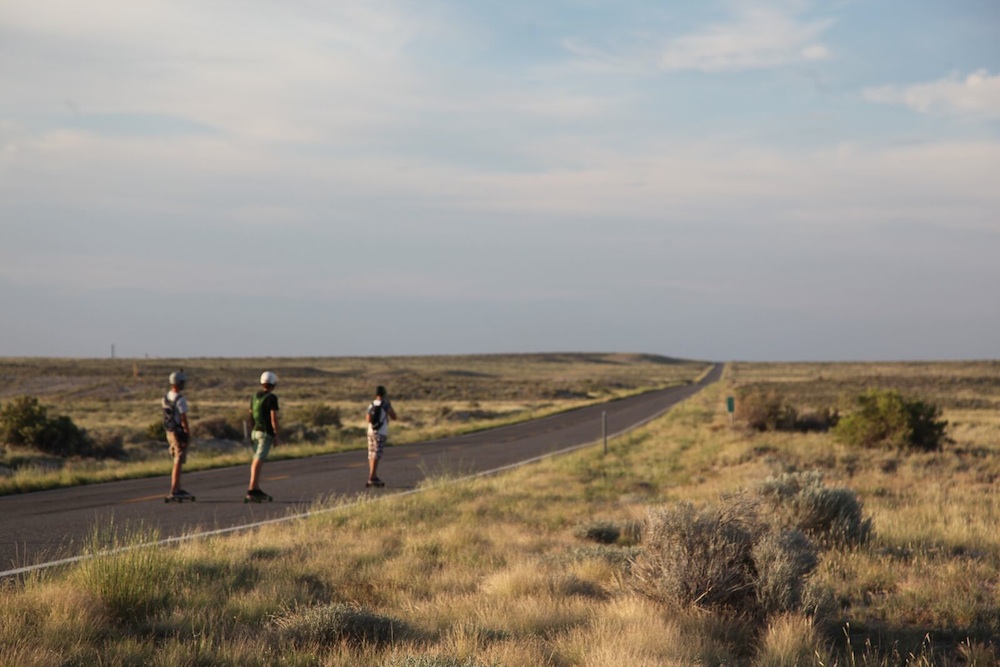 Longboarding in a stars and stripes bikini through the desert of America. And then running out of water slap bang in a no signal area in the middle of the night.

If you haven’t been reading about our journey so far, then check out previous updates here.

We woke up exhausted. After 70 miles of skating, and only 5 hours of sleep we weren’t feeling great. But we shoved out feet into our battered shoes and started. Despite the tiredness we did our best to power on through, and we skated through Cedar City and out into the wilderness. The day was relatively dull with the highlight being pulled over by a police officer who looked like he was closer in age to climbing out of the womb than having a 9-5 job.

The next day we felt far more optimistic, and after reaching our first checkpoint the guys at the bus told us we had been invited to a free hot dog BBQ, and my God I have never pushed so fast in all my life. After stuffing ourselves with free food we decided to push on. 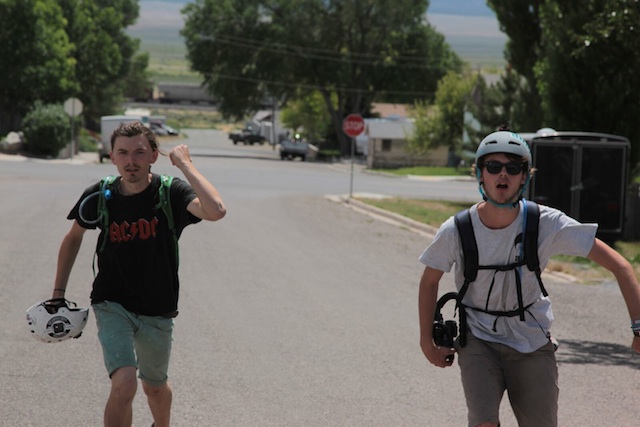 And then it was finally time. Oli and I had had a bet when we were back in L.A – basically we argued as to who would be better at go karting. So we put it to the test, and the loser would have to skate 10 miles in an American flag bikini before Salt Lake City. Needless to say I won, so Oli proceeded to strip down to a bikini that just about concealed his manhood most of the time, and wrapped a large towel sized American flag around his shoulders.

Bemused truck drivers flew past as Oli skated down the road, embarrassed at first but he grew to love it and before we knew it he would wrap himself in the flag as cars approached, then throw it open at the last second flashing his gross gangly body and parading his awkwardly fit stars and stripes bikini. It sure was a sight to behold, as you can see below and in the video updates when they’re released. 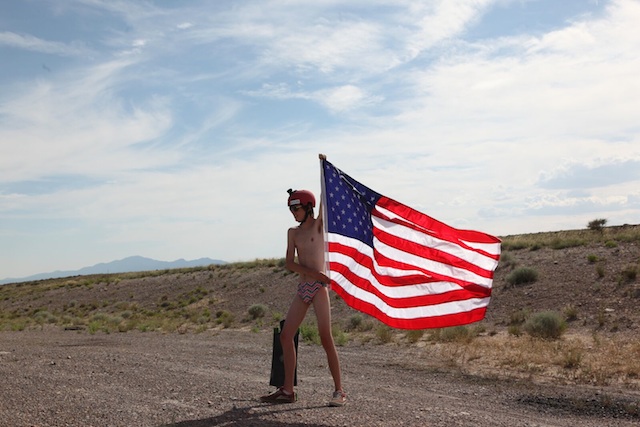 The morning of Day 19 was awesome. The previous evening we had bumped into a large group of runners, running 4000 miles in relay across the US for a similar charity. So we warmed up and skated with them in the morning as they ran for a few miles before we had to split ways with them as our routes weren’t perfectly aligned.

Next thing we knew the scenery around us had become desert again. Great. The heat was insufferable and I had another one of my heavy nose bleeds after lunch, dumping what felt like a considerable blood donation on the gravel. We pushed on, with the aim to finish in a small town called Eureka. 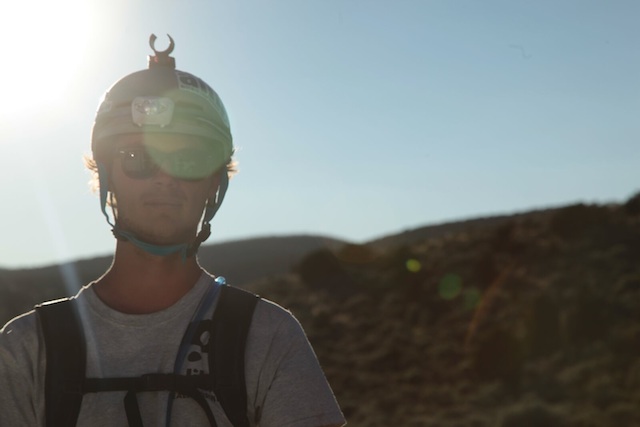 A strong headwind, and large up-hills getting to Eureka started to take a lot longer than expected. Tom started to really feel the pain in his knee, forcing him off the board and onto the side of the road. Thankfully someone stopped to ask what we were up to and offered Tom a lift to Eureka.

Then we faced another setback. We ran out of water, slap bang in the middle of a no service area so we couldn’t contact the support team. The panic started to set in as we got thirstier and thirstier – we knew we weren’t in a life threatening situation yet but that didn’t stop David from losing his shit as is regularly becoming the case when thing start to go wrong.

The van eventually came back after we were taking so long and refilled us etc, giving us the boost we needed to make it to Eureka and round off a 53 mile day. All in a day’s work. 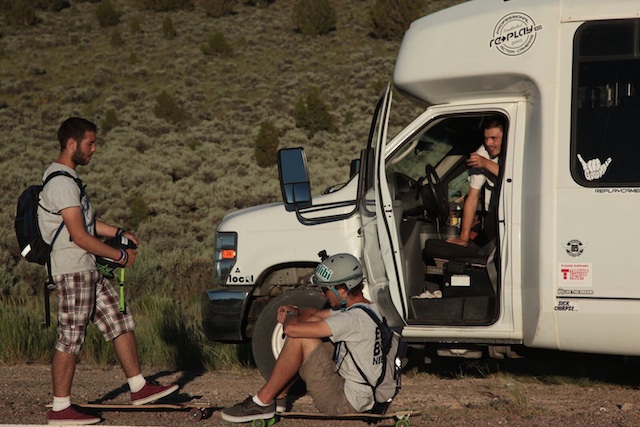