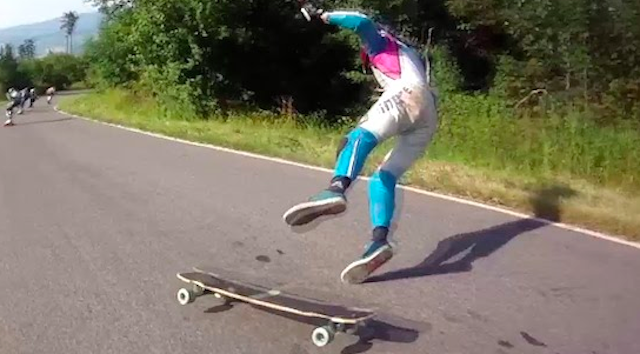 Serves you right for longboarding.

Longboarding seems to have taken off in the last couple of years somehow despite the fact that it used to be one of the lamest sports (?)/ways to travel ever, but it still has that stigma of being kind of lame associated with it.

This video might make people sit up and take notice though as there are some absolutely gnarly bails and takedowns – like the guy getting hit by a car when he’s longboarding – which shows that it might actually be a tougher sport than you previously imagined. Or maybe everyone involved is just super lame for even getting put in a position where they get taken down so easily.

Either way, you should probably wear a helmet if you’re a longboarder after watching this video because some of the takedowns could have literally killed everyone involved if they hadn’t been wearing one. Maybe even get a cool customised helmet.