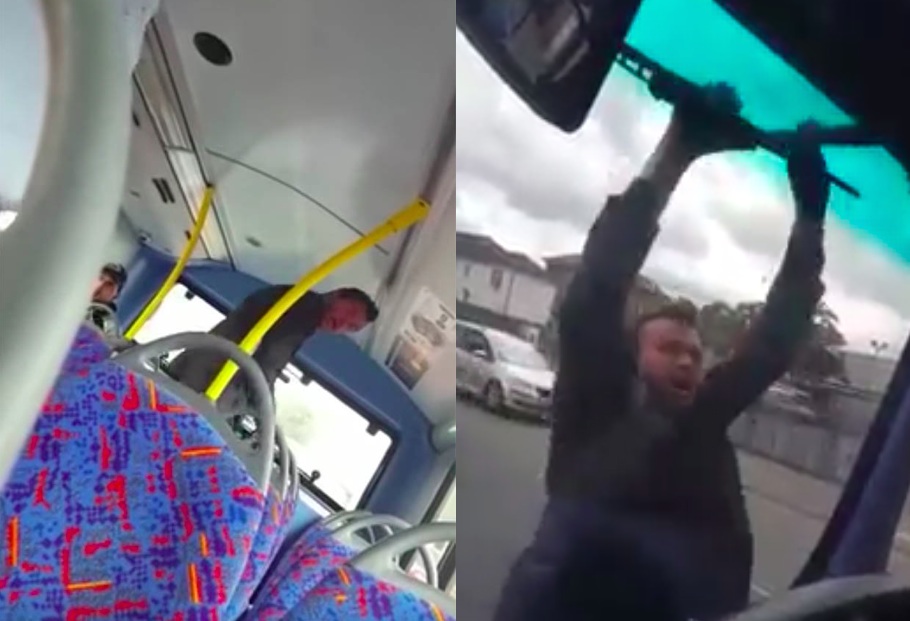 We’ve seen a lot of fights, brawls and attacks here at Sick Chirpse, but I can honestly say that this is one of the worst I have seen so far.

In the video, which emerged yesterday, a London bus passenger can be seen exploding with rage after the driver noticed that he didn’t tap in with his Oyster card.

When the driver asks him to leave the bus, the guy starts screaming racist abuse at him. But it doesn’t end there – after getting booted off the bus, the nutter starts smashing up the vehicle with his shopping.

Luckily two passengers urge the driver to open the doors so they could “sort him out”. Otherwise who knows what could have happened:

It’s difficult to find the words to describe just how vile that man is. Not only was the attack totally uncalled for, but so were his racist statements. It’s disgusting that anyone would have that attitude in their head, let alone to scream it out loud. This incident is a truly sickening example of racial prejudice and I hope that the police give him the punishment he deserves.

For more of the same, here’s a video of a woman ranting at a group of Muslim women on a London bus for no apparent reason. What’s wrong with people?