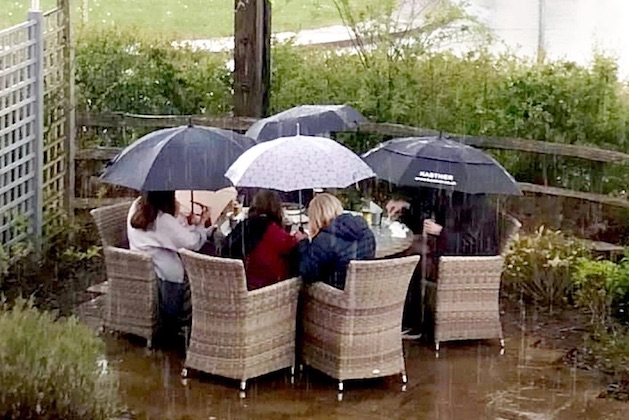 Not sure how you spent your bank holiday, but I absolutely 100% didn’t want to go out of the house yesterday as it absolutely pissed it down all day along with some completely crazy wind action as well. Just didn’t appeal to me whatsoever.

Surprisingly though, not everyone in the nation felt this way as a whole bunch of pictures have emerged of what I can only describe as complete and utter weirdoes heading to the pub in torrential rain so that they can sit in the freezing cold enjoying some even colder beverages and maybe some hot food too. A load of these places don’t even seem to have covered seating areas so a lot of these people have just brought along their own umbrellas and taken cover underneath those?

I suppose I admire their commitment to getting on the sesh and supporting their local pubs but it just seems a bit much doesn’t it? Take a look at these pictures and see what you think: 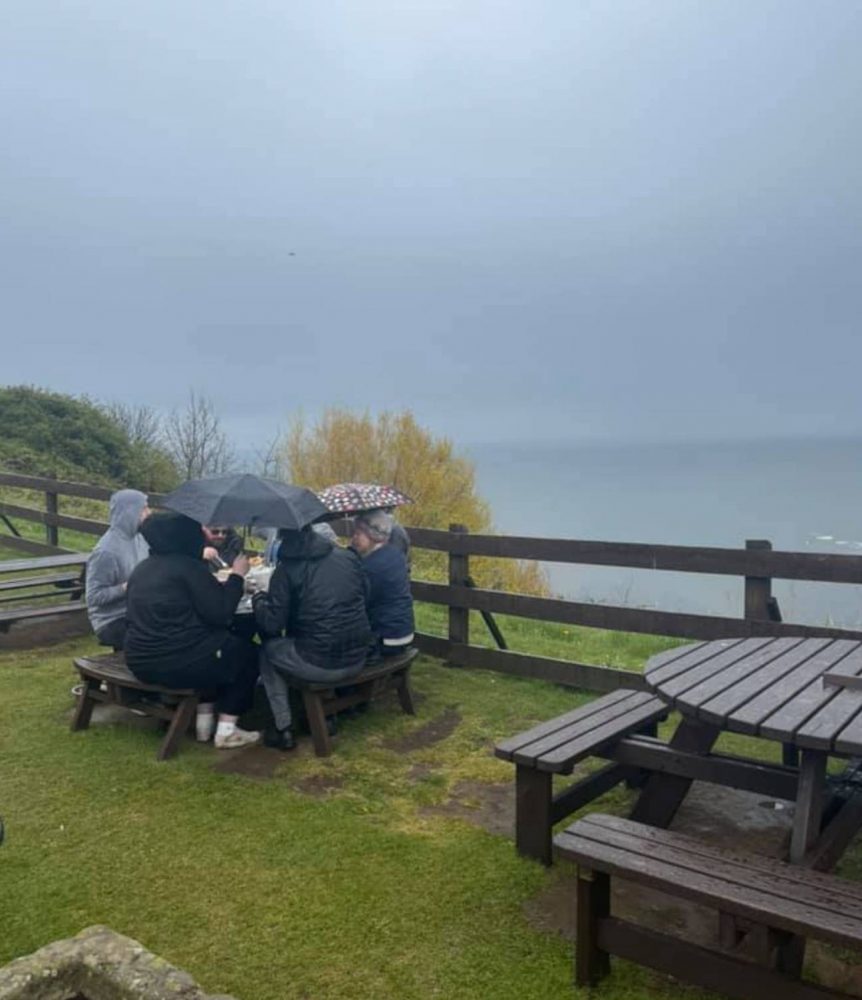 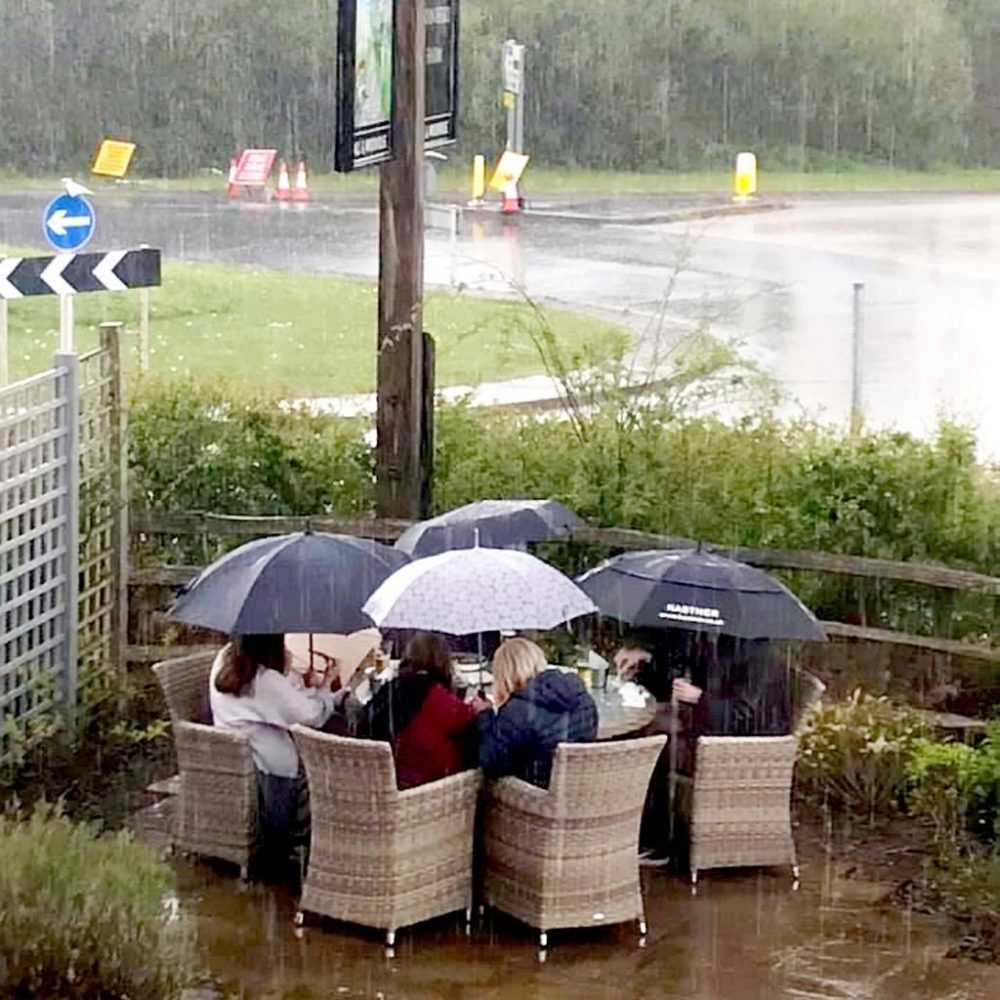 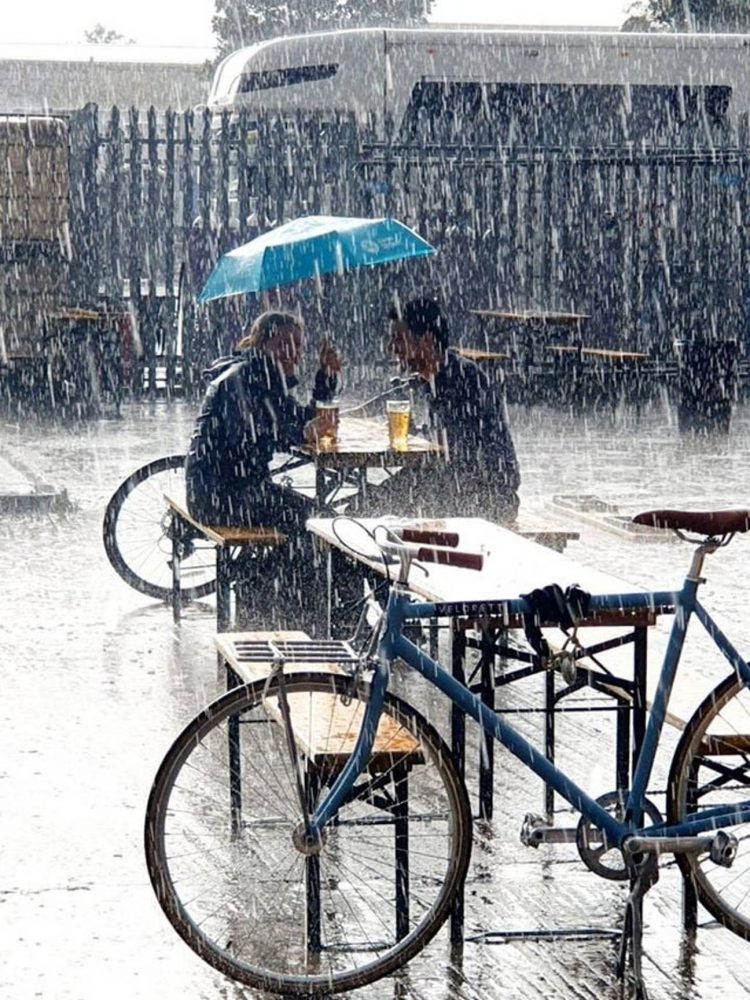 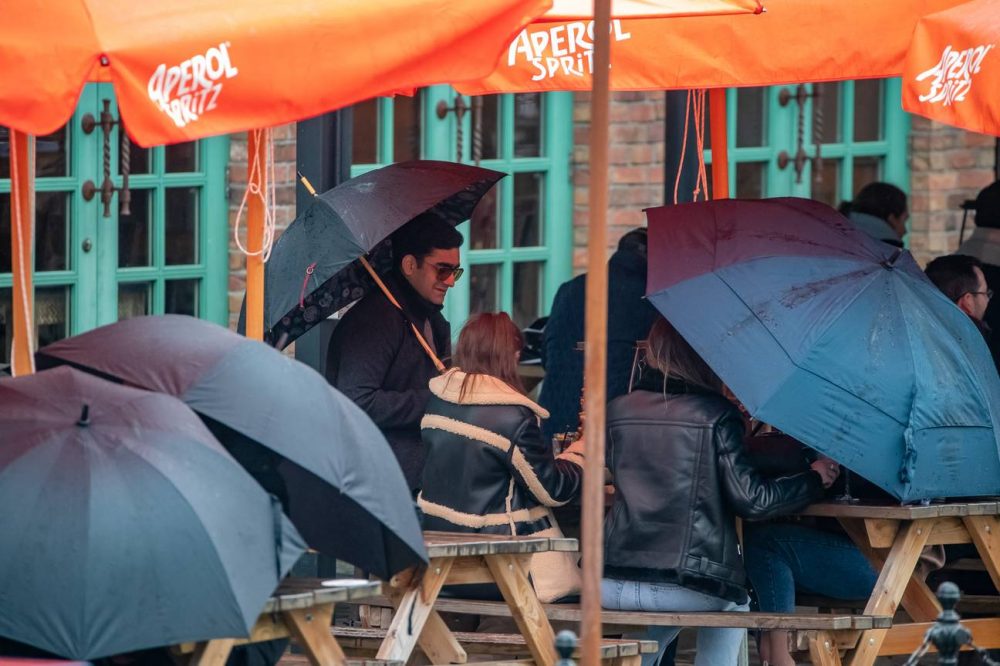 Sitting in a beer garden, -2 wind chill, surely only the British would do this!! Or is it just me? pic.twitter.com/2HvYtVwdJo

The Tollbooth in Glasgow pulling out all the stops with its beer garden. 😂😂 pic.twitter.com/ukMAfR58rg

Yeah that’s just ridiculous isn’t it? Fair play for going out I suppose but I can’t even think how visiting the pub in the gale force winds and torrential rain that we were experiencing today could have possibly even been slightly fun. Brits are something else.

For more of the same, check out how much you could get paid to tour a whole bunch of pubs. You’re gonna be interested in this, trust me.