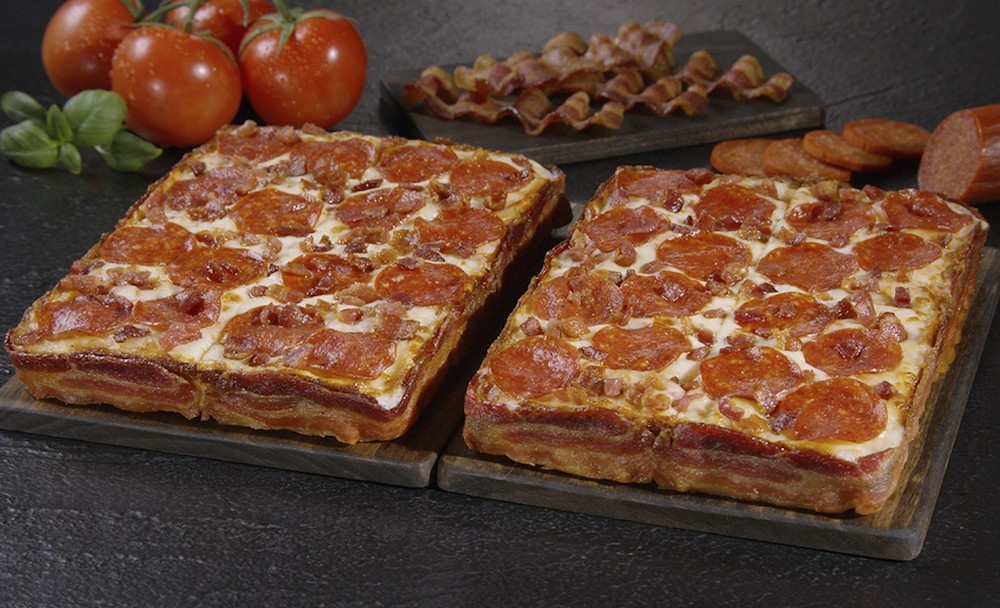 Because you can never have too much bacon.

If you don’t like pizza and bacon then you’re either a vegetarian or an idiot, so I’m pretty sure that most people are going to enjoy checking out this post.

Little Caesars is a pizza company based out of Detroit and they’ve just announced that they’re pioneering a new crust called bacon wrapped DEEP!DEEP! dish and it looks spectacular. It’s basically exactly what you think it would be – a pizza crust wrapped in bacon. There are two types of bacon included within the crust and there’s a grand total of three and a half feet of bacon going around the crust. It’s topped off with pepperoni, which isn’t the most adventurous of toppings but I’m sure you’ll agree fits in perfectly with the bacon wrapped crust.

It’s going to be available nationwide for just $12 for a limited time only if you’re planning on visiting the States any time soon. Unfortunately I don’t think there are any Little Caesars in England so we won’t be seeing it over here unless some pizza making moguls are reading this and decide to take on the idea. Pretty please? Here’s what a Little Caeasars spokesperson had to say about it:

The Bacon Wrapped Crust DEEP!DEEP! Dish is another example of how we’re continuing to innovate and offer variety on our menu while fully leveraging our core strengths built around value, convenience, and quality. Little Caesars focuses on giving customers new flavors and choices at a great value and with the sense of fun we’re known for. With the new Bacon Wrapped Crust DEEP!DEEP! Dish we’re pushing pizza to its bacon limits with more than 3 ½ feet of bacon wrapped around the crust alone.

Sounds delicious. Now get me one, preferably with some bacon wrapped onion rings as well. 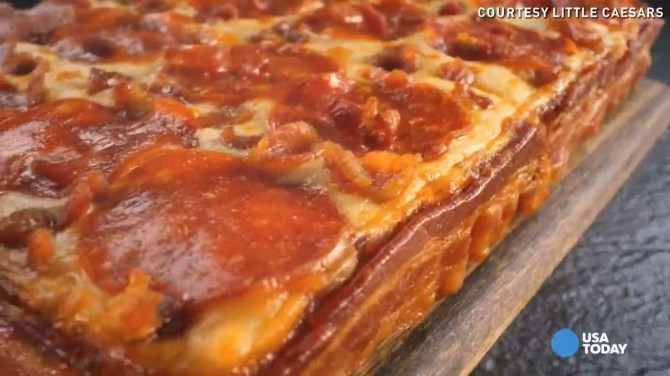 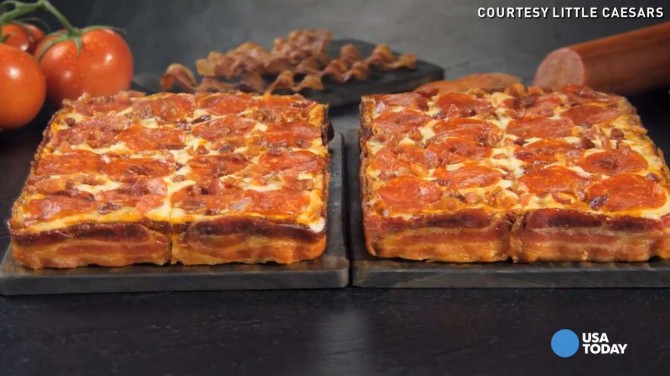 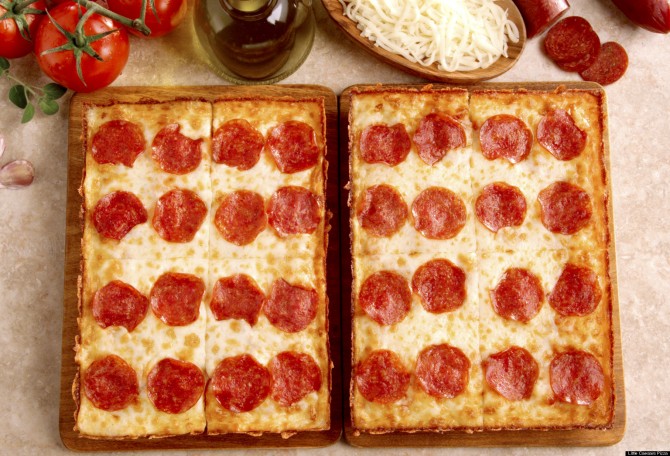