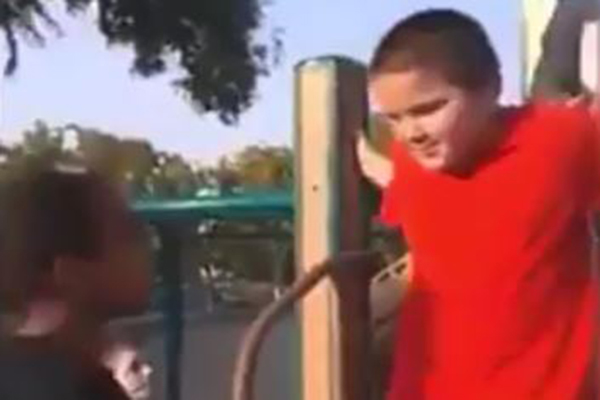 Introducing the worst big brother in the world.

No context available for this one but I’m going to take a wild guess and say no one in that park really likes the kid in the red shirt. Maybe he instigated this whole thing, who knows? From where the footage begins though all we can hear is an older boy pressuring his little brother into fighting red-shirt kid.

Which turns out to be a horrible idea because he gets his butt well and truly whooped:

So screwed up. Casually sending his little bro into a showdown with the toughest kid in the playground, only to watch him get battered and send him back for more after he’s already been emasculated in front of everyone. Can’t we just watch older bro get punched up instead?

Where are the cops with tasers when you need them? Best way to break up a fight between 2 kids.