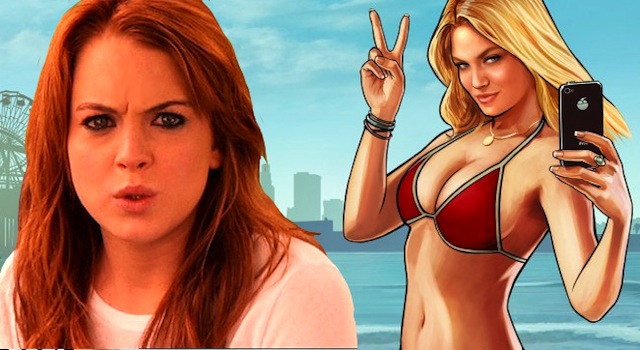 Lindsay Lohan believes a certain character on GTA V is based on her and is attempting to sue Rockstar Games for a share of their profits.

Lindsay Lohan wants a piece of Grand Theft Auto’s multi billion dollar pie, after claiming that Rockstar Games based one of the characters from GTA V on her.

The character in question is a skinny blonde celebrity named Lacey Jonas, who asks your character to help her evade the paparazzi. Lohan says not only does the character resemble her but she also ends up being taken to a West Hollywood hotel (the game is set in a fictional LA) that Lohan has previously stayed at and even lived in.

If I were Rockstar Games I wouldn’t be too concerned – the game is pretty much packed full of shrieking, fame and money-hungry characters who could be based on pretty much anyone. Can’t blame a gal for trying though eh?

Here’s the character she claims is based on her:

â˜› Up Next: Meet The Real Life Trevor From GTA V