Get it right Lohan.

Lohan uploaded the image sat on top of the translation which read “You’re beautiful” in English, which was totally wrong. She was quickly notified that the symbol actually says “You’re a donkey” and deleted it quick time, but not before someone had screenshotted it of course: 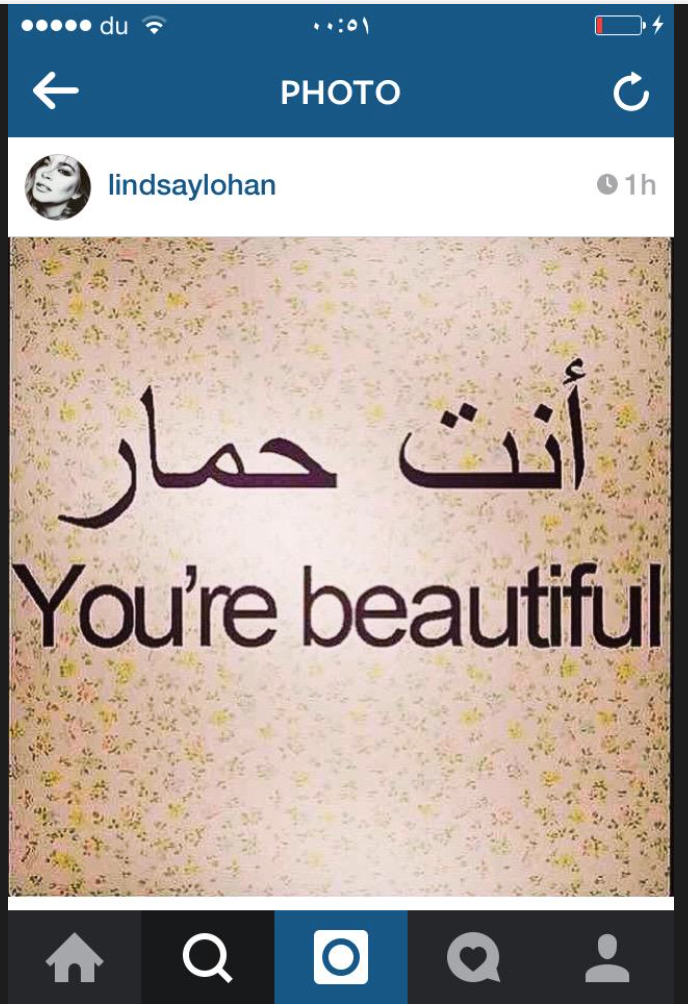 So yeah, no matter what else changes in the world I guess we can always rely on people like Lindsay Lohan to keep having ‘blond moments’ on social media. That’s her thing and that’s OK. We can’t all be geniuses/people who double check their posts before hitting send/publish (we should know). Some people will delete their Facebooks/Instagrams because people like Lindsay Lohan drive them nuts but actually, it’s people like her who are the most entertaining people on there without even knowing it.

Still not the most ill-advised thing she put on social media though- that would be this list of every single celebrity she’s ever slept with.