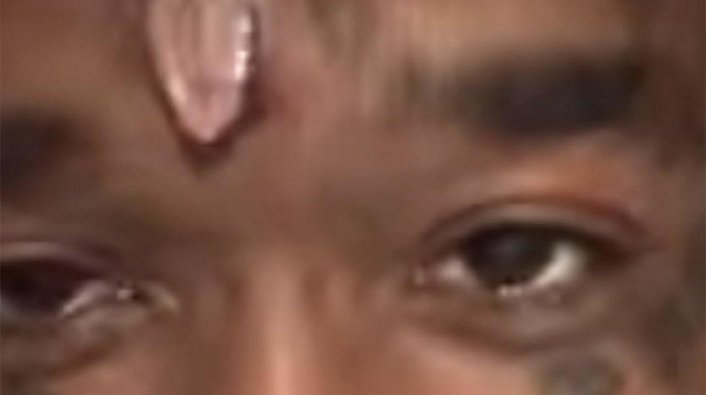 One of the more fun and weird stories that we’ve written about this week involves Lil Uzi Vert getting a $24 million diamond implanted in his forehead and it turns out that the rapper has actually gone ahead and had the procedure done.

When Lil Uzi Vert was tweeting about it the other day it wasn’t really clear whether or not he was getting it implanted straight away or in the future, but he’s now removed all doubt with the latest video that he’s posted on his Instagram account. You can clearly see the pink diamond implanted in his head as he dances around looking like a pig in shit because he’s so happy with the new precious gem attached to his forehead. Who can blame the guy?

A post shared by Marni Life( NO STYLIST)1600 (@liluzivert)

Yeah looks like he’s having a fun time there doesn’t he? And it does look like there’s something weird going on with his skin to keep that diamond implanted on his forehead as well, although I haven’t a clue how he would gone about achieving that effect?

It’s a really weird vibe from Lil Uzi Vert because it doesn’t really look that good and I imagine it would be kind of painful and annoying to carry something like that around on your face forever, but I suppose he did make a good point when he said he would never lose it if it was surgically attached to him. Whatever the guy wants I guess. Looks like he’s buzzing so why rag on the fact he looks like a moron?

For more of the same, check out these idiots that got their eyebrows shaped into halos. That’s an even dumber look.