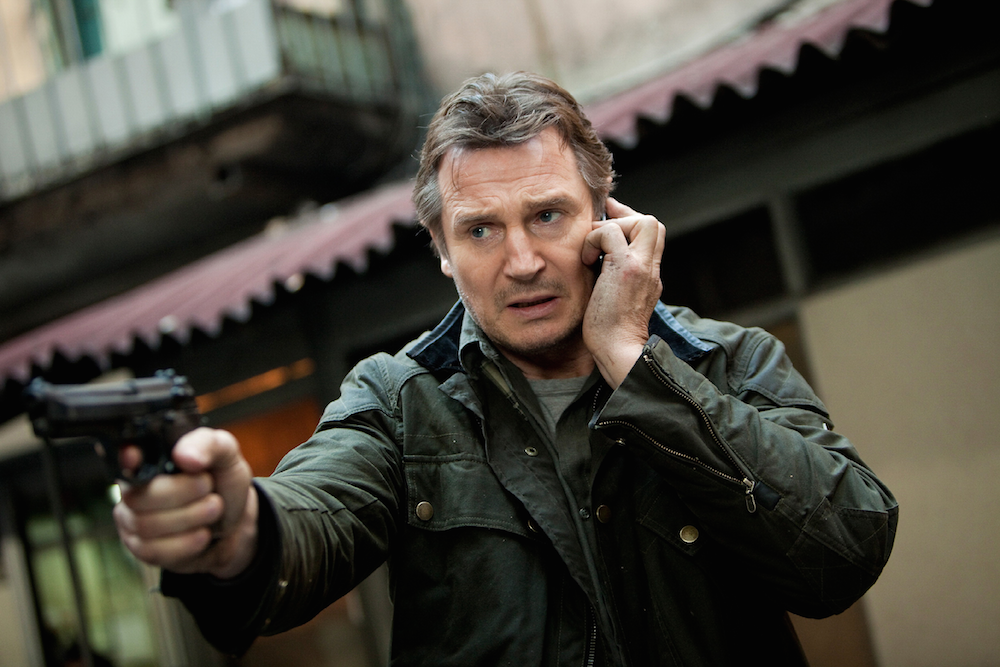 He called him up and got all Taken on his ass.

Even though he’s 62 years old and tough as nails in the movies, it turns out that Liam Neeson is something of a prankster off screen.

When his on screens aughter in Taken Maggie Grace revealed to him that she was having trouble with an ex boyfriend who wouldn’t leave her alone, Liam went all Taken on him and called him up and went all Bryan Mills on him. What a gent. Maggie tells the story in the video below on Conan and actually playing a recording of the call. To be fair you don’t actually hear the kid squealing like a bitch so it could just be a recording made any time for lolz, but I like to think that Liam actually did call this guy up and scare the crap out of him.

Anyway, receiving that phone call sounds about as much fun as Liam Neeson staring at you for ten hours so I’m glad I didn’t have to take it. It would have been cool to have dated Maggie Grace though.