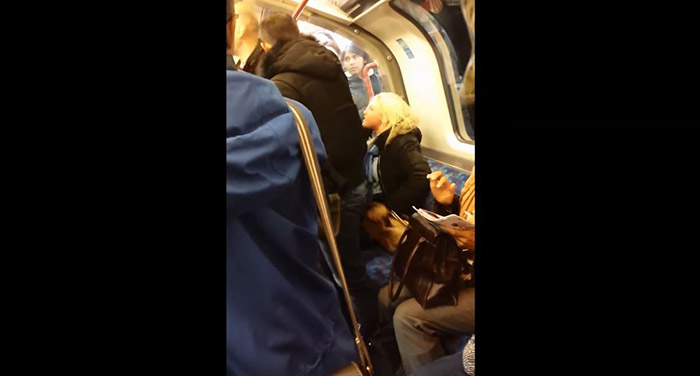 Was he right to hit her back?

Unfortunately whoever filmed this does a rubbish job of following the action, but you still get the gist of what’s going down. It appears the two passengers clash over the woman’s bag taking up the aisle, and it escalates to the point where the lady gives him a whack, and surprisingly for her, the man whacks her back — once on the train and again on the platform:

Was that fair then? No decent person would condone violence against women (or anyone for that matter), but can we see where this guy’s coming from?

We’ve discussed this kind of thing before with the woman who punted the guy in the balls and got hit back, or when a similar thing went down at that shitty house party. It’s a wonder this kind of thing doesn’t happen more often considering what a nightmare the underground rush hour is.