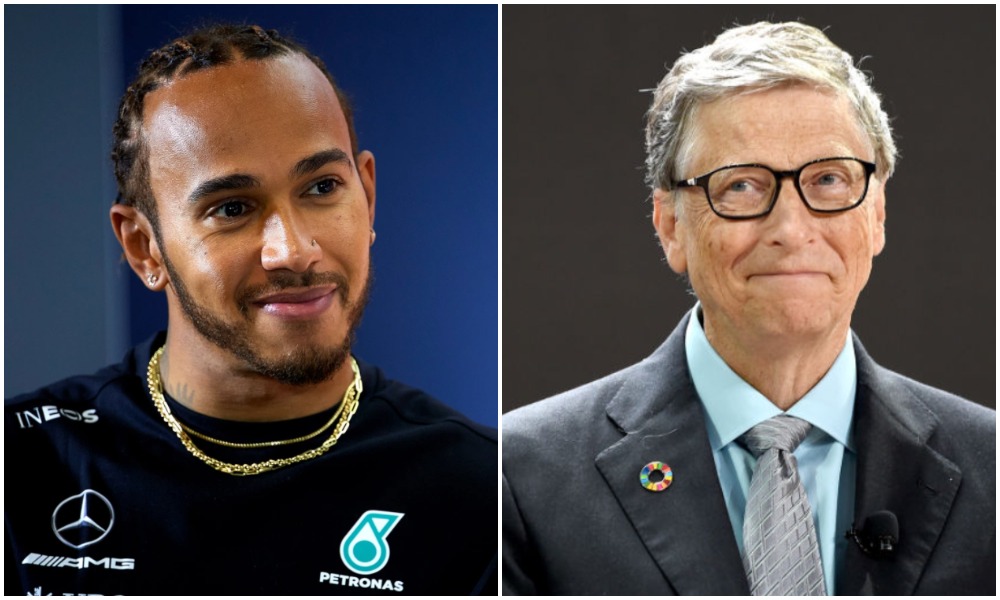 I’m not really sure why loads of people think that Bill Gates is manufacturing a Coronavirus vaccine so that he can use it as a front for implanting microchips into everyone, but it doesn’t seem to be going away and more and more people seem to be believing it.

The latest one of these is Formula 1 superstar Lewis Hamilton, who shared the conspiracy video on his Instagram account where he has almost 19 million followers. The video was a clip from a CBS interview with Gates where he denied that he planned on injecting everyone with microchips, but it had been made by the content creator King Bach and had the caption ‘I remember when I told my first lie.’

Apparently Hamilton didn’t see this when he first posted it and subsequently posted an apology in his stories and deleted it. I imagine that the damage has already been done on at least a few of his followers who are now definitely going to believe that this is Gates’ plan because well, why not hey? 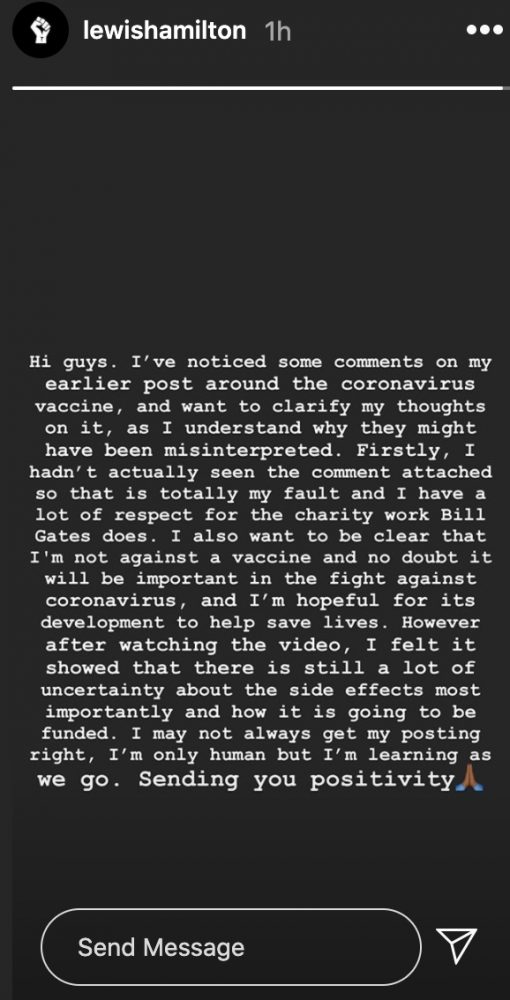 Yeah, it really annoys me when people don’t use their platforms like this responsibly and share shit that they haven’t even read properly. Deeply irresponsible and it sounds from that ‘apology’ that Hamilton is probably an anti-vaxxer anyway so probably believes this Bill Gates conspiracy theory anyway. Can’t wait to see what else he ‘accidentally’ shares in the future.

For more of the same, check out when Lewis Hamilton recorded a rap record. That was weird.