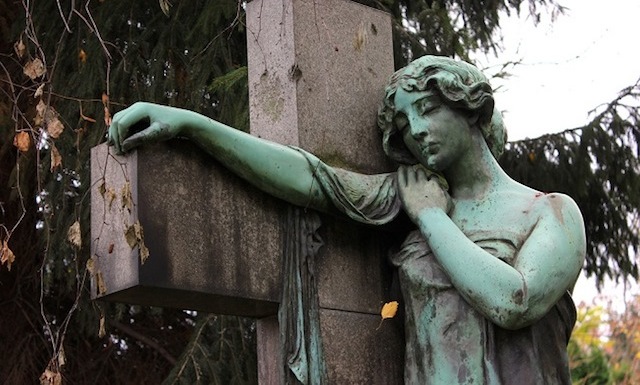 A new burial area which is strictly lesbians only has opened in central Berlin so that lesbians will be able to “live together in the afterlife.”

A new burial area which is strictly lesbians only was opened over the weekend in central Berlin. The 4000 square foot space will be reserved as a graveyard for up to 80 lesbians and is the brainchild of the Safia association; a national group for elderly lesbians. They said it was a space “where life and death connect, distinctive forms of cemetery culture can develop and where the lesbian community can live together in the afterlife.”

No problem with LGBTs (annoying that I even have to say that), but is this really necessary? Nobody cares if someone is gay anymore; it’s like this lesbian group thinks they’re so different and unique from everyone else that they need their own graveyard away from all the non-gays. They don’t want to be buried among straight people, whereas most straight people don’t care if you’re a lesbian regardless of whether you’re alive or dead. Maybe this would have been less of a surprise 50 years ago but now? I just don’t see the point. Lesbian, gay, transsexual; you’re just like the rest of us.

Did lesbians ever really have it that tough in the first place? Not being facetious, genuinely asking. It feels like gay dudes had to shoulder most of the anti-LGBT hate for all those years and you don’t see them asking for their own cemetery.