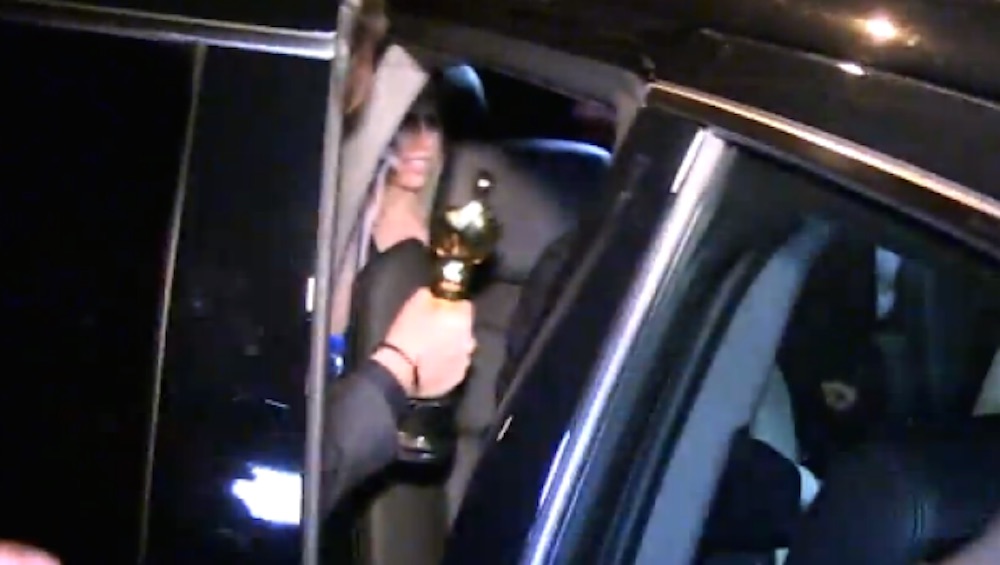 Leonardo DiCaprio’s quest for an Oscar has been one that the whole world has followed for years that was finally realised this past Sunday.

Leo seemed suitably stoked to begin with about getting it, clutching and admiring it like a proud parent, but as the night progressed it kinda slipped his mind as he got more and more inebriated. TMZ has the footage from when Leo entered some bar to celebrate with some guys who look like Hollywood executive bigwigs – complete with a whole load of vaping – but actually managed to forget his Oscar in the venue when leaving.

Fortunately some guy from the bar came out and brought Leo his Oscar along with a bottle for the driver home, but Leo seems more interested in the bottle rather than the statuette itself, handing it off to some guy called Dan instead.

It’s kinda funny that after working 23 years to get one of the damn things he doesn’t even seem that bothered about it, but I suppose it’s probably better to let someone else look after it whilst you’re partying – that way if it does get lost you’ve got someone you can blame.

Smart move if you ask me, but you’d still think he wouldn’t be able to keep his eyes off the thing so soon after winning it. To be fair though, we all know that nothing gets in the way of Leo’s partying and it’s refreshing to see that even his lifelong obsession fits on that list too. A man after my own heart.