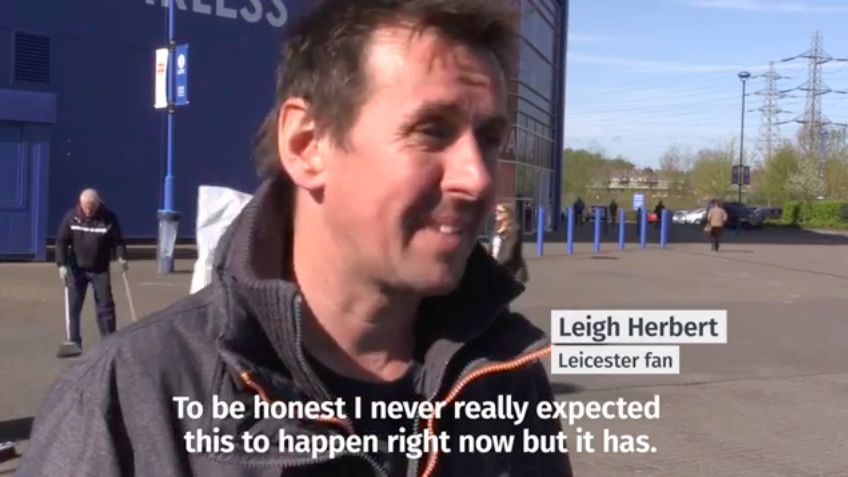 So fucking jealous of this guy.

A whole bunch of jammy fuckers made a small fortune yesterday evening when Leicester City officially clinched the Premier League title following the 2-2 draw between Spurs and Chelsea.

Leicester fan Leigh Herbert agreed to be interviewed by the Press Association and explained how he drunkenly placed a £5 bet back in August and that it paid off beautifully.

I think Leigh has pretty much summed up everyone with a gambling problem right there – “I’d been drinking and thought ‘what if this really happens?’” So he put more money on it, except this time it miraculously paid off. Imagine having your team win the title AND nailing a 5,000/1 bet. No wonder Leigh’s got such a fat smile on his face. That is the ultimate football fan’s dream.

Question is, what will he spend the money on? And what’s he betting on next season? Leicester to win it again? I think I’ll put something on them to be relegated to be honest. Either way – so fucking jealous of the guy.

In other news, maybe we’ll get that Jamie Vardy statue after all.