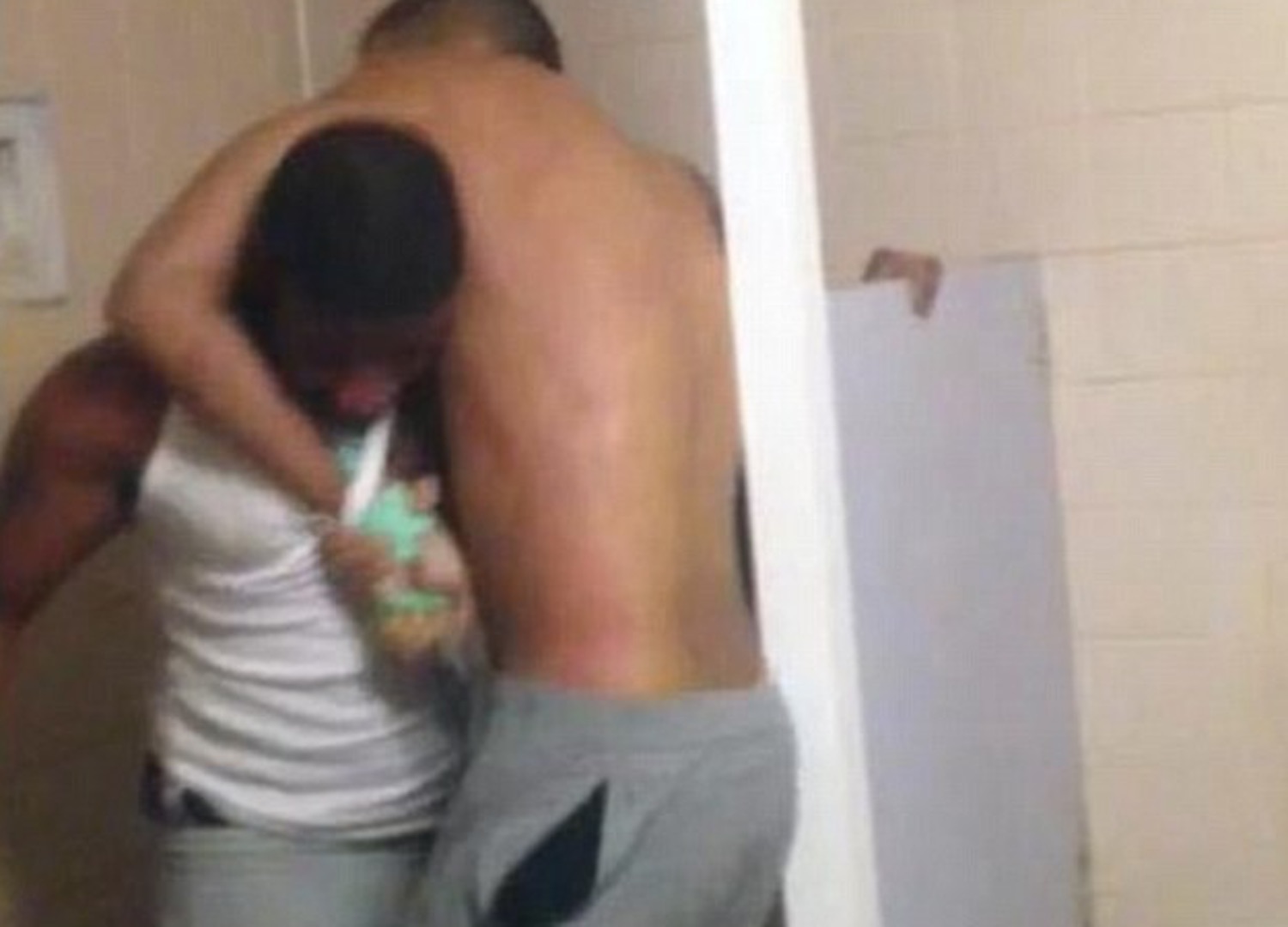 Don’t pick up the soap.

I’ve never been to prison and hopefully never will, but I’ve seen enough movies and TV shows about convicts to know that violence is a part of everyday life for pretty much everyone there.

This assumption is confirmed by this video which was shot recently inside Redditch prison, believed to be of an organised fight. Despite the fact that mobile phones are banned in the jail, inmates were still able to record two men kicking the absolute shit out of each other in the prison bathroom in a lengthy fight:

Yeah, ain’t no getting out of that chokehold bro so don’t even try. I love the way that everyone is just standing around and doesn’t even seem that bothered that a sick fight is going on right in front of them. Guess they see that kinda shit all the time though.

For more cell fights, check out this leaked footage of a Brazilian prison fight. Slightly more brutal than the one above.