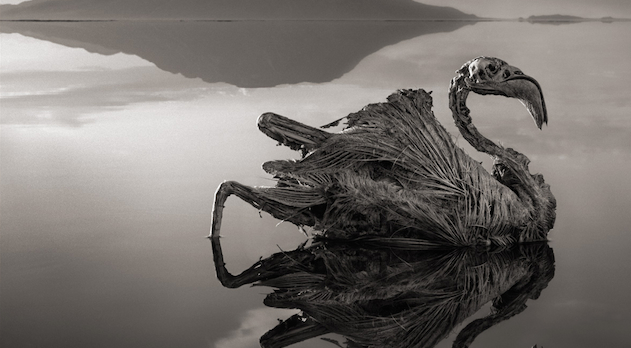 Due to a combination of elements and climate, any animals that become immersed in this lake in Northern Tanzania are calcified and literally turned to stone.

Lake Natron in Northern Tanzania could be the most deadly lake in the world. It also bears a startling resemblance to the fabled river Styx – the river that leads to hell – because it is literally capable of turning animals into stone. No joke.

This is because the lake is made up of a compound called natron (this is also how the lake got its name – smart) that consists mainly of sodium carbonate with some sodium bicarbonate (baking soda – yeah the ‘wow it must be the baking soda’ stuff) thrown into the mix too. This comes from volcanic ash which has blown over the lake from the nearby Great Rift Valley.

As such the lake has a temperature of up to 60 degrees celsius and a pH between 9 and 10 and only the alkaline tilapia – an extremophile fish that has adapted to live in harsh conditions – can survive in it. All other animals that become immersed in the water die and become calcified, giving them the appearance of having been turned to stone.

When photographer Nick Brandt spotted the perfectly preserved bats and birds on the shore of the lake, he made sure he got a few snaps: ‘I could not help but photograph them. No one knows for certain exactly how they die, but it appears that the extreme reflective nature of the lake’s surface confuses them, and like birds crashing into plate glass windows, they crash into the lake.’

â˜› More Lakes: This Crescent Lake In The Middle Of The Chinese Desert Has Somehow Managed To Exist For 2000 Years 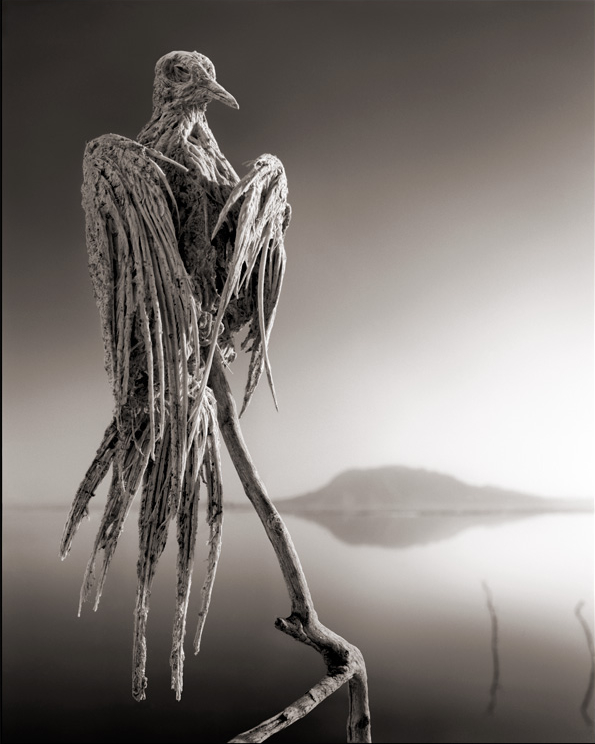 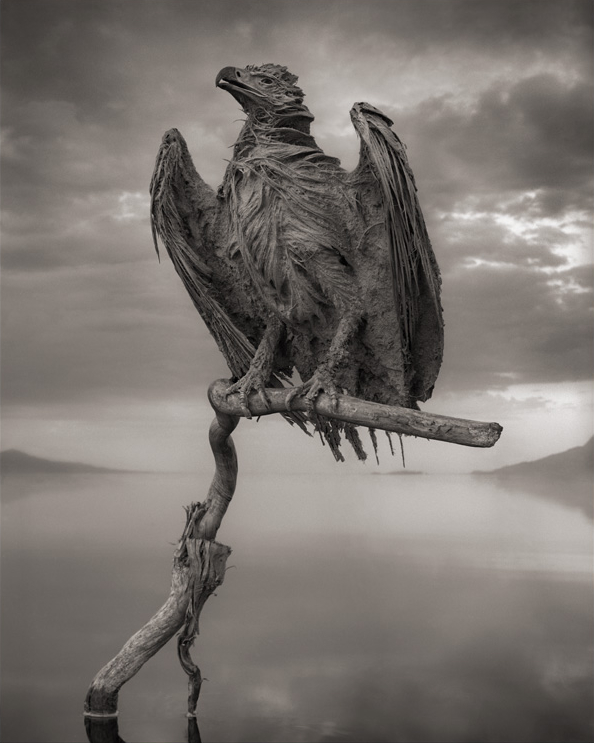 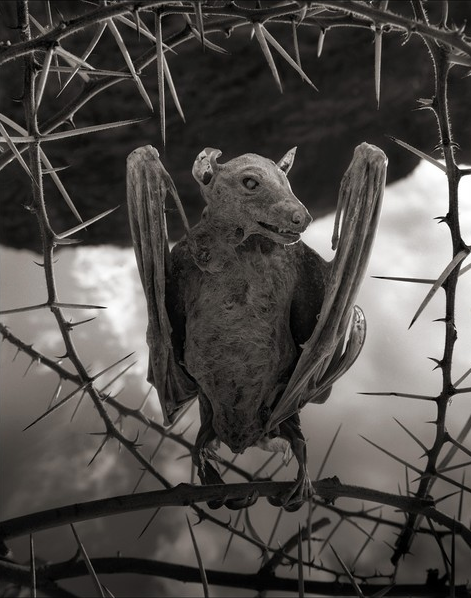 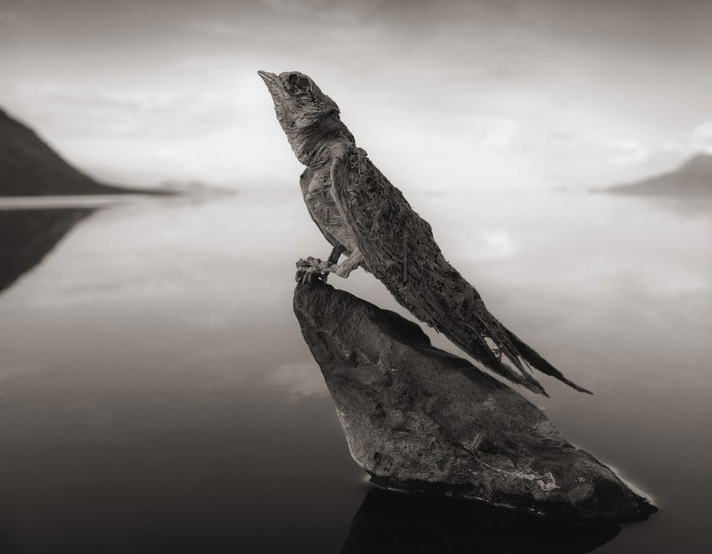 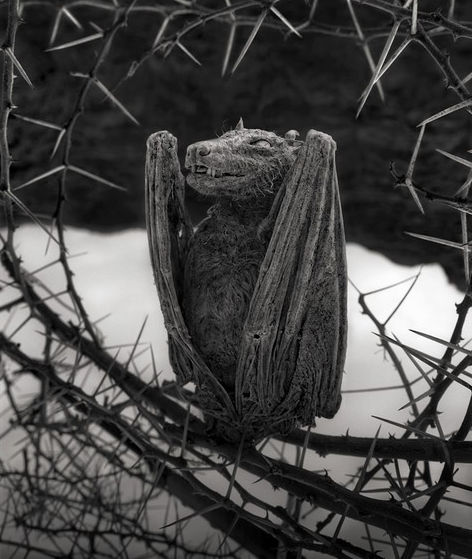 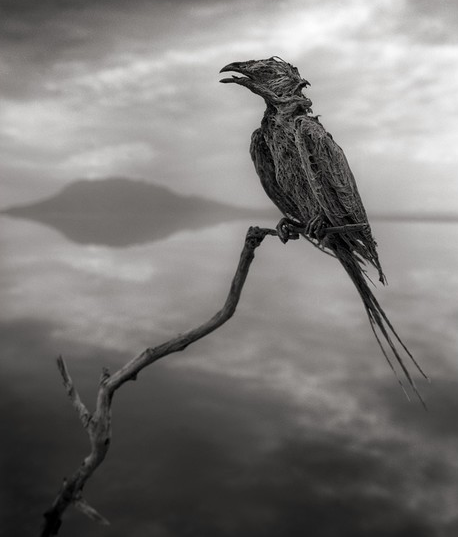