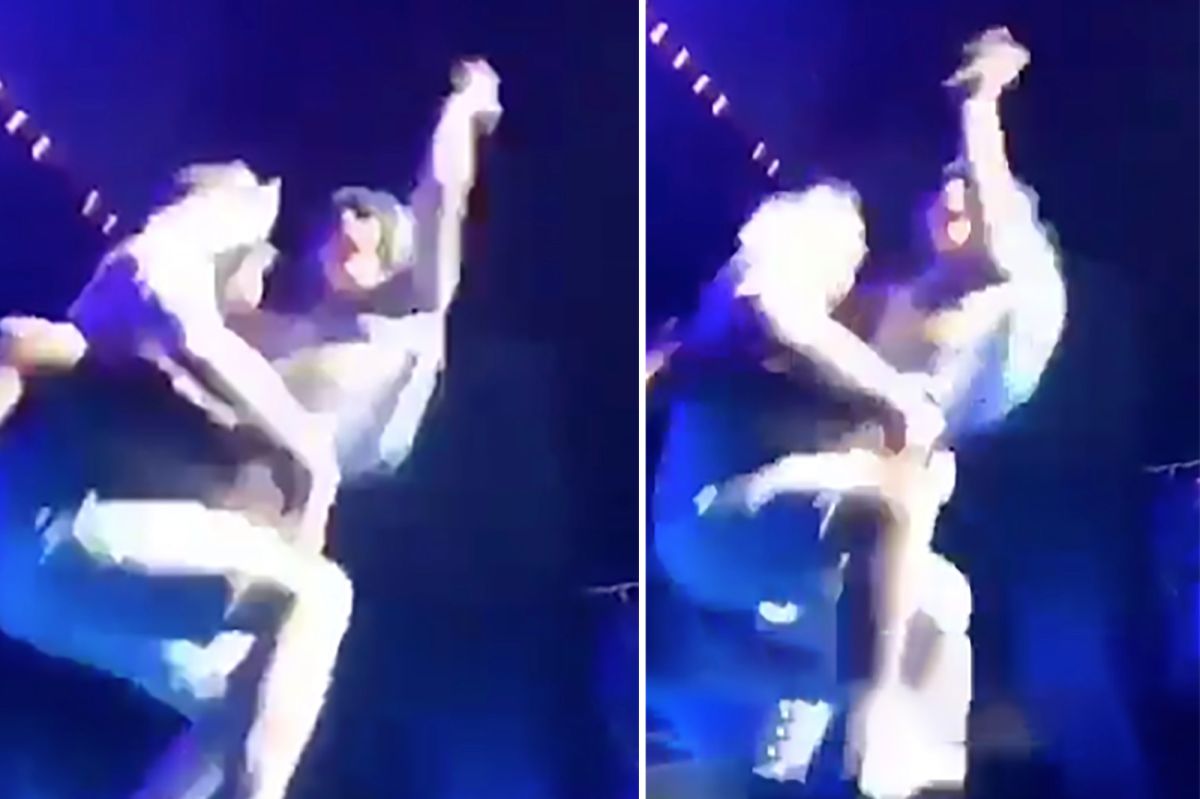 Lady Gaga is nursing a few bruises today after this clip emerged of her dancing with a fan and the guy completely losing his footing and toppling off stage with her.

Not only does he give her the old WWF spinebuster/powerbomb off the stage, he also completely flattens her under his body-weight:

WATCH: Lady Gaga took a dramatic fall off the stage while dancing with a fan during a Las Vegas show https://t.co/45JrQf5H6U pic.twitter.com/bPe2oTXopg

Awful look for that fan there. When Lady Gaga invites you on stage to dance with her you’ve got to be prepared for it. He must have been expecting ‘A Star Is Born’ Gaga and thought they were going to sit at the piano together and stare into each other’s eyes but he ended up getting classic sex freak Lady Gaga who wanted to jump straight on his lap and grind his dick off. Poor guy wasn’t ready for it and ended up dashing her off the stage. Absolute nightmare scenario.

For the time Lady Gaga wore a giant chicken nugget on her head as a disguise from fans, click HERE. (It didn’t work).