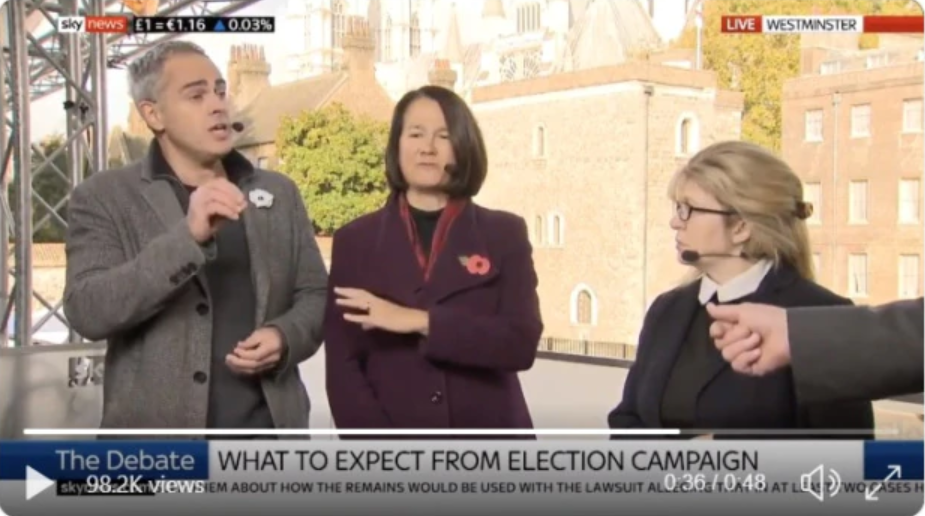 As we gear up for another general election at the end of the year, tensions are sure to rise between political parties and the live TV gaffes are guaranteed to come through thick and fast.

According to Labour MP Catherine West who was being interviewed alongside Green’s co-leader Jonathan Bartley this week, Jeremy Corbyn was “green before the greens existed” because he rides a bike and has an allotment.

When Bartley tried to give his thoughts on the matter, she kept shutting him down and accusing him of ‘mansplaining’:

Labour trying to stamp out the Green Party vote by saying Corbyn has more credentials because he ‘has an allotment’. pic.twitter.com/LrLSaakvW2

Has the definition of mansplaining evolved to mean ‘whenever a man tries to get a word in edgewise’? Because I really don’t see what Catherine West is on about here. I mean there’s no way she realises how she comes across in that exchange but I guess it’s easier to try and make out your opponent is a sexist than it is to actually hear them out and discuss your differences of opinion.

For the time a bunch of people freaked out over a a ‘sexist’ statue of a man talking to a woman on a park bench, click HERE. Unbelievable.