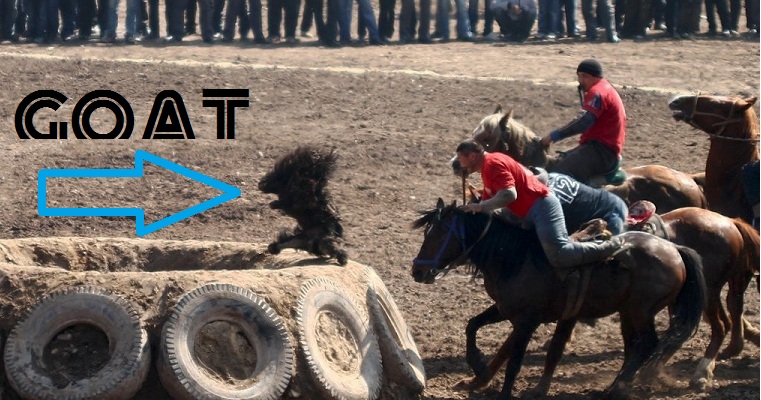 I knew nothing about the country of Kyrgyzstan before today. It turns out they their national sport is lobbing around dead goats….

I was browsing some data on education levels and child intelligence across the countries of the world because I like stats and graphs and shit and I’m not apologising for that……. Anyway, I scanned to the bottom of the chart, and the losers in 2009, were Kyrgyzstan. I thought to myself, I actually don’t know where that country is, or anything about it. So I got Mr Wikipedia to once again broaden my minimal mind. Here is Kyrgyzstan in a nut sack:

No, only joking. In part. It’s a mountainous country in Central Asia that’s further from the sea than any other country. It’s bordered by Kazakhstan, Uzbekistan, Tajikistan and China. There’s about five and a half million people living there, a third of which are under 15, they speak Kyrgyz and Russian and they have a banging flag: 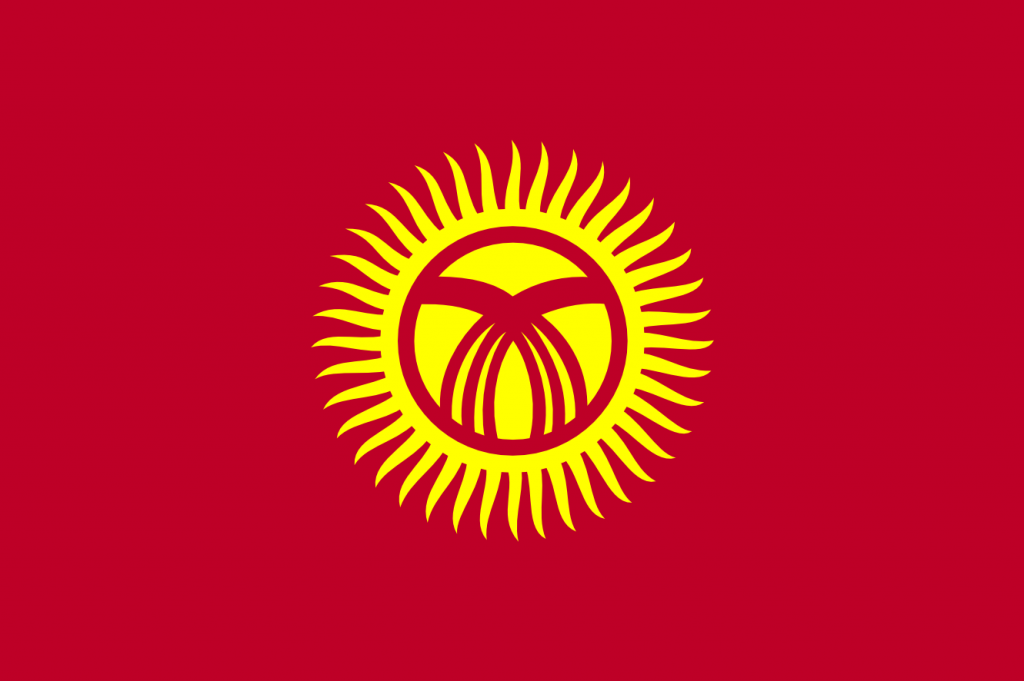 OK, OK, enough of the geo-deets, the thing that really caught my eye was info about their favourite sport. It’s called Buzkashi and is massively popular throughout central Asia and is in fact the Afghan national sport. It sounds like a right old knees up to me. It basically consists of blokes on horses chucking about the corpse of a decapitated goat, the “ball”.

There’s two forms of this “sport”: one where the player just has to carry the carcass away from all the other players and carry it a distance off, and the other they have to take poor old goaty around a marker and then bung it in to a “circle of justice” to get the win. The rules are fairly basic: you’re not supposed to whip other players or knock them off their horse intentionally.

They prefer to use calf bodies in a Buzkashi game where possible,  it’s normally beheaded then disemboweled and has its limbs cut off at the knees. Finally it’s given an icy bath for a day to toughen the bugger up. On occasion sand is packed in to give it extra weight. Goats are used when no calf is available, but calves are preferable as apparently they are less likely to disintegrate during the game. And you wouldn’t want that spoiling the fun would you?

It’s basically like Polo, except instead of a ball, it’s a corpse, instead of a timed match, it can go on for days and instead of being played by posh twats, it’s played by bull whip carrying nut jobs.

Hip Club – Russians Take MMA To The Next Level