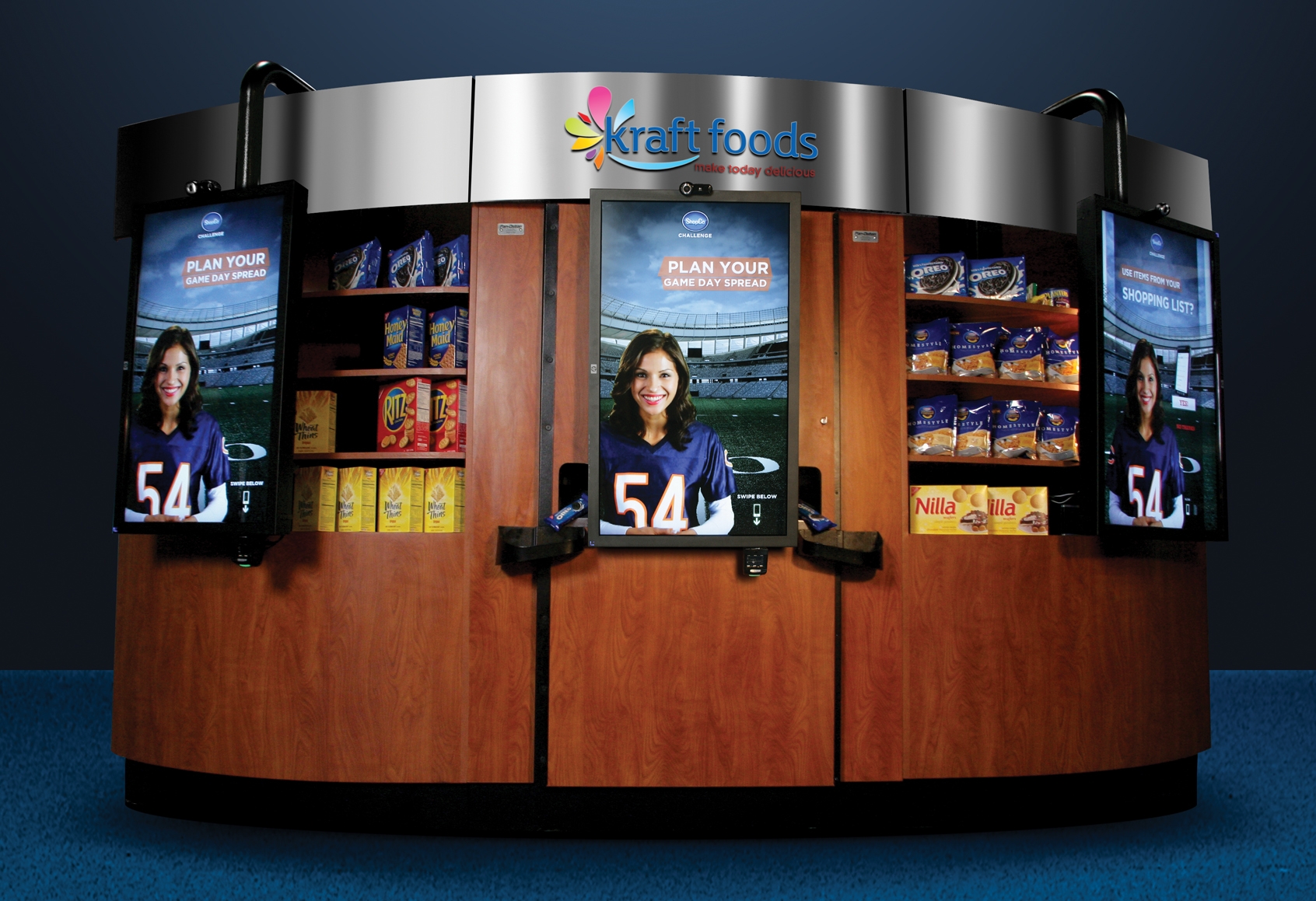 Ever go to the supermarket (baked) and can’t decide what to eat? Worry no more!

Fresh from making homeless man Ted Williams the voice of their new maccaroni and cheese products, Kraft have announced their next project as a vending machine that scans your face, determines your age and gender and then determines which (Kraft) foods are best suited for your dinner. So presumably that means if you look like a bodybuilder they’ll send you to the protein shakes, whereas if you’re Ted Williams you get to voice a commercial and then head to rehab and college kids with bloodshot eyes will be sent straight to the bread aisle to pass out alongside Asher Roth . 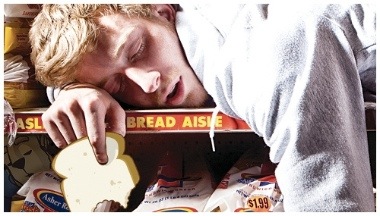 Check out this video where Kraft Vice President Don King (not the boxing promoter) explains some of the cool features of the machine and how it works, as well as the bizarre option to make a bobble head out of your face:

Kraft claim that the creepily named ‘meal planning solution’ is inevitably going to become a part of modern life and offers the fact that the average shopper only knows ten recipes (burgers, pizza, spaghetti etc) and 70% of them enter the supermarket without any clue about what they’re planning to buy. Kraft claim that the projected integration of the ‘meal planning solution’ into most supermarkets will effectively end the years of people not knowing what to get for dinner, which is admittedly a huge problem in the world’s current climate along with the world recession, iran’s nuclear program, countless natural disasters and the impending doom of 2012.

Is this a good thing though or does it simply move our society closer to the dystopian future controlled by corporations depicted in so many sci-fi movies? Despite the possible future permutations of the device discussed by nerds on message boards everywhere, one things for sure: it would probably making getting the munchies a lot easier. I mean the free sample of oreos alone would be worth the trip!