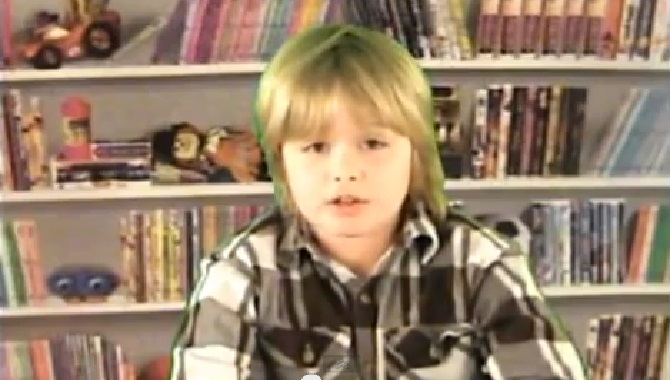 Watch the KKK’s online talk show, hosted by and aimed at kids.

Andrew Pendergraft is the grandson of Thomas Robb, the modern-day Ku Klux Klan’s national director. “This show is for all the white kids out there!” says Andrew, aged 10, as he starts his weekly episode of The Andrew Show: A Show for White Kids.

The show, which is broadcast on WhitePrideTV.com and visible on YouTube, consists of a number of short episodes which present the Klan’s ideology in a format aimed at kids. White kids, just in case that wasn’t clear.

Pendergraft’s mother is Rachel Pendergraft, the daughter of Thomas Robb and the spokeswoman for Robb’s Knights of the Ku Klux Klan organization. The KKKK was founded sometime in the 1970s, and has since attempted to update the image and reputation of the original KKK (shouldn’t be hard), as well as grow its online presence.

“The Andrew Show” is part of the KKKK’s umbrella of linked websites including ThomasRobb.com, KKK.com and ChristianIdentityChurch.net. Throughout these sites are a handful of shows that all push the Klan’s agenda.

Posted below is the third episode in the series, where Disney’s ‘The Princess and the Frog’ and it’s advocating of ‘race-mixing’ is discussed. Andrew then signs off with a cheerful “be white and proud!” Cheers, Andrew. Check out the theme music too. Cool stuff right there.