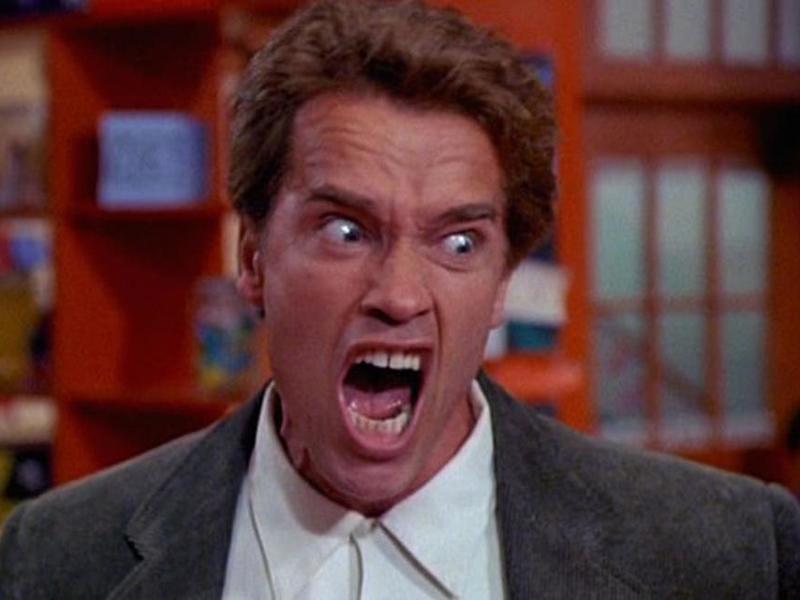 We all understand the climate in America right now. There are major issues surrounding race and policing and most people agree that the US needs to sort out their police & justice system to make sure it works equally well for all Americans.

Having said that, cancelling a screening of 1990 Arnold Schwarzenegger film Kindergarten Cop amid concerns about the “current political climate” seems a bit OTT. According to MailOnline, the film was scheduled to kick off the NW Film Center’s Cinema Unbound, a summer-drive-in movie series in Portland, Oregon, this week.

The screening was all set to go ahead until a woman named Lois Loveen complained on Twitter, prompting a bunch of other recreationally offended Tweeters to join in: 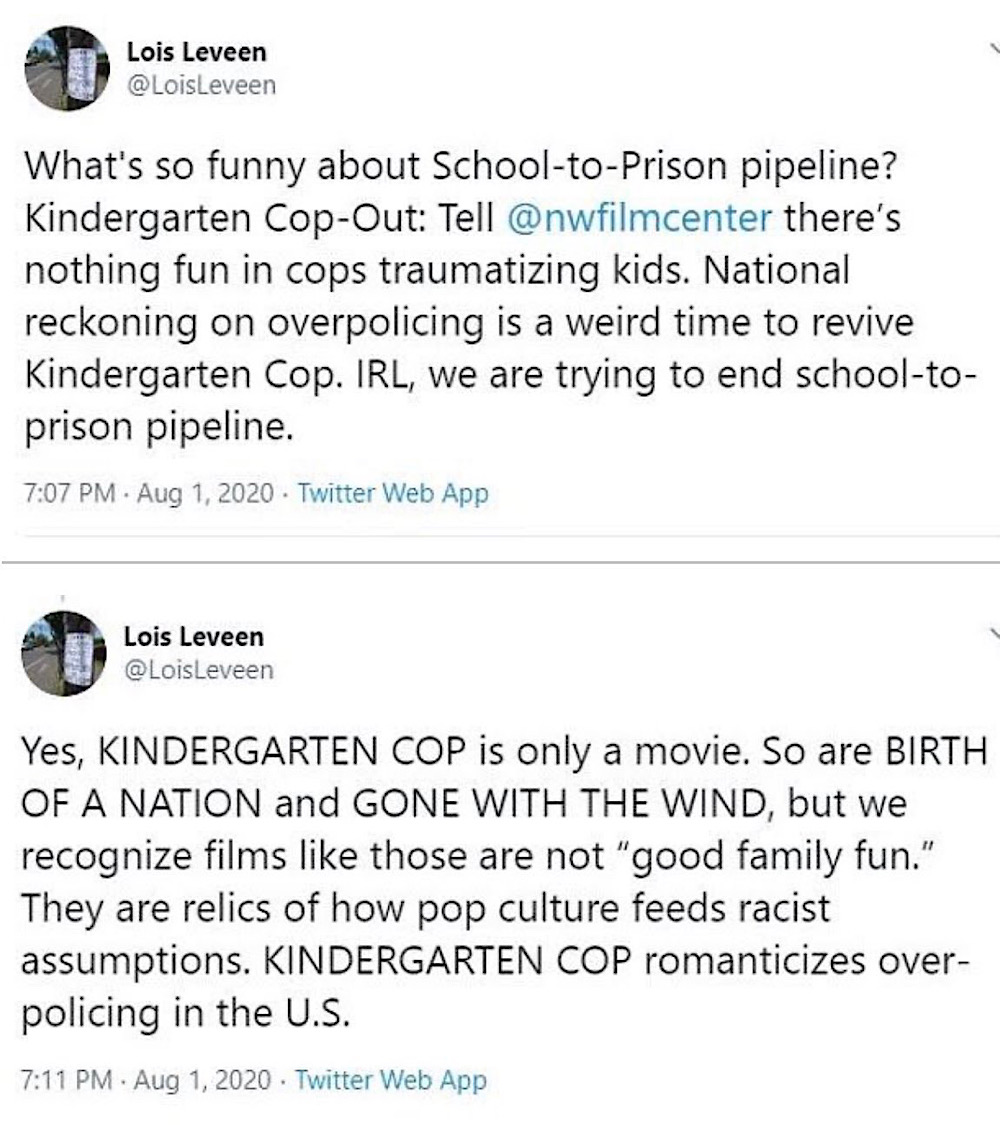 Arnold Schwarzenneger AKA Officer Kimble is a strong, morally upright cop who spends the film serving and protecting and teaching a group of young kids the importance of discipline and hard work. Aren’t these the police officers we should be glorifying? I think so. Even if they are from fictional 1990 movies.

The ACAB (All Cops Are Bastard) narrative really does suck because a) it’s obviously untrue and b) comes from the same people who tell us that generalising and judging a group of people by the actions of a few is wrong. How can your mantra revolve around generalising groups of people while demonising those people for generalising other groups of people? Total clusterfuck of a situation.

All I know is that if Officer Kimble wasn’t in Kindergarten Cop, that movie would have been a whole lot grimmer and the psycho dad would have probably ended up murdering his kid’s mum and abducting the kid. But apparently people like Lois Leveen don’t want you to know that good cops exist. Oh well, at least you can still watch Kindergarten Cop on streaming services… for now.

For the ‘woke’ teenagers demanding an apology from Robert Downey Jr. for using blackface in Tropic Thunder, click HERE.