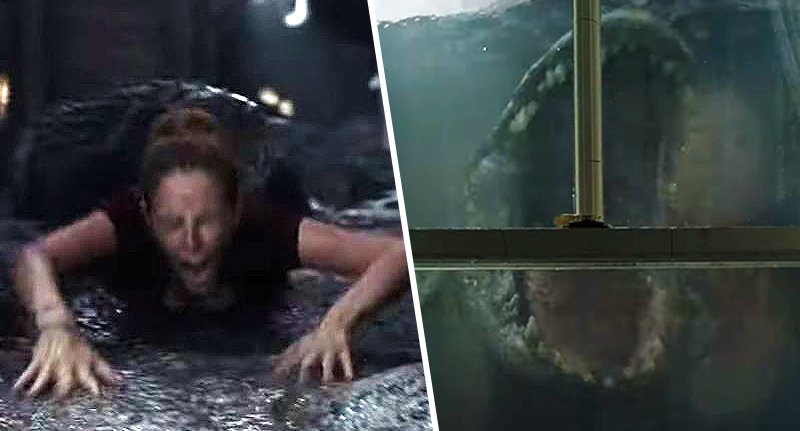 The movie of the summer.

Most killer animal movies have been done to death, but I’ve got to admit that to my knowledge the killer alligator genre is one that is woefully underpopulated.

That might be all set to change with the release of ‘Crawl’ this summer from the mind of the master of horror Sam Raimi. Directed by Alexandre Aja (The Hills Have Eyes, Pirancha 3D), the movie followers a bunch of people trapped in the middle of a hurricane who not only have to deal with the adverse weather conditions and flooding, but a bunch of killer crocodiles swimming around trying to chow down on them as well. Barry Pepper even shows up in it so you know it’s got that legitimate B movie seal of approval.

For more of the same, check out this giant alligator invading a golf course. Scary shit.