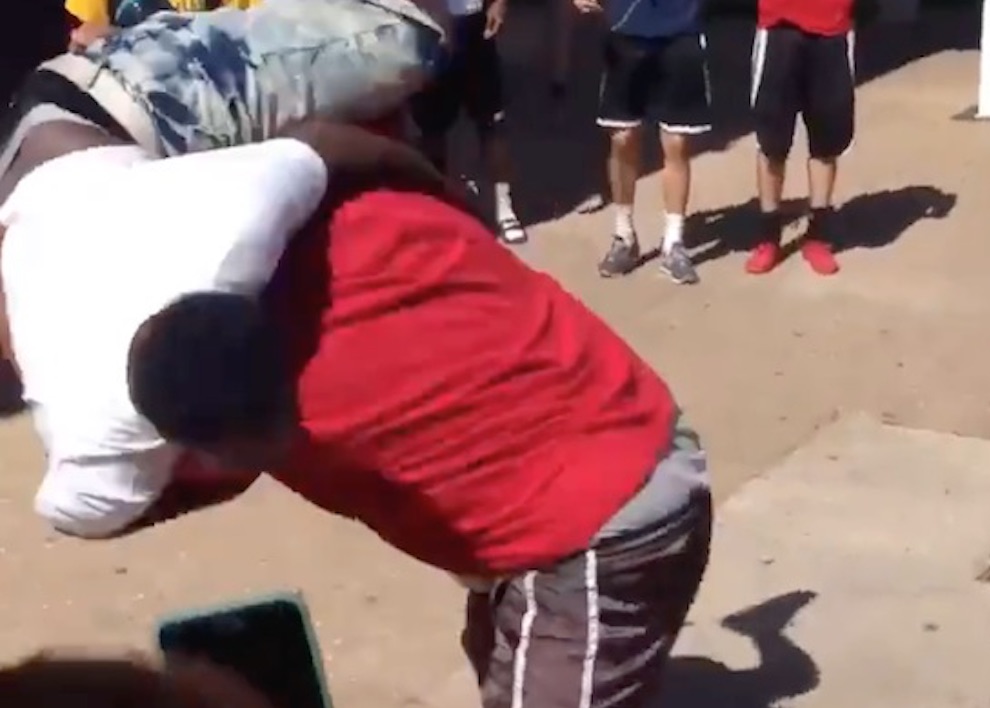 They always say that if you can take a lot of punishment and absorb a lot of pain then you’ve got every chance of emerging as the victor of a fight.

That theory is really demonstrated in the video below where some kid absolutely hulks up and doesn’t look like he even feels any pain whatsoever. He gets nailed in the face five times in a row but doesn’t even break a sweat as he picks the other guy up and slams him on the floor hard. No worries.

Yeah, don’t wanna come up against that guy in a fight, no way. My favourite part is how even the huge teacher is struggling to hold him back at the end because he’s so big and so psyched about the fight. Get him a WWE ring or something, great gimmick and built to take the punishment. You can thank me later Vince.

For more awesome knockouts, check this compilation out below: