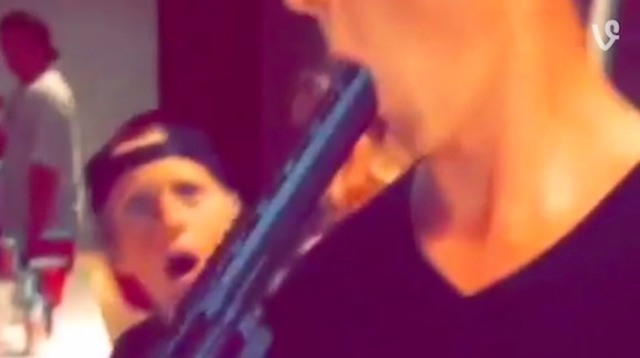 When I used to go to teenage house parties, it was all about getting wasted, having a good time and trying to hook up with girls. Kinda like this video of the most insane 15 year old birthday party ever, only just not as good.

It seems like things have moved on a bit since then though, at least in this Vine taken by a guy called Connor Ericsson from California. He was at a house party with his buddies which for some reason included a loaded gun that his buddy put one bullet in, span it round and then immediately put it in his mouth and pulled the trigger without a second thought or even flinching.

Fortunately, the gun doesn’t go off but the look of horror on the kid behind him mirrors everyone who will ever watch this video for sure. We need to identify this kid and find out who he is before he kills himself or blows up his school or something. Really fucked up, and probably more stupid than any of the Darwin Awards (stupid ways to die in case you didn’t know) because this guy actually seems like he has a death wish.