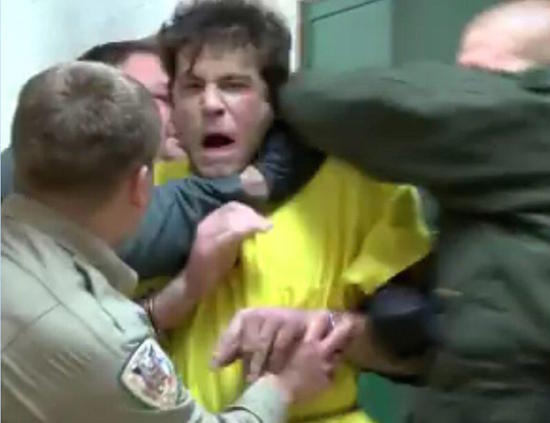 It’s been a while since we’ve written about someone doing something completely fucked up while high on flakka, and boy do we have a good one in store.

This time we’re in Tupelo, Mississippi, where a 23-year-old student named Daniel Stewart Barry was high on the drug and tried to rob a convenience store. He was then arrested and escorted down the hallway to his court appearance in the morning.

Still high on the drug, he was verbally abusive to policemen and decided to headbutt one of them in the face. Needless to say, he gets the absolute shit beaten out of him afterwards:

Not good. I still don’t understand why anyone would want to try it. It literally doesn’t seem like anything good comes out of it – I’ve never heard of a positive flakka story. Stay away from that shit.

If you don’t believe us, then check out all these people that have taken flakka and ended up in an absolute nightmare situation because of it.