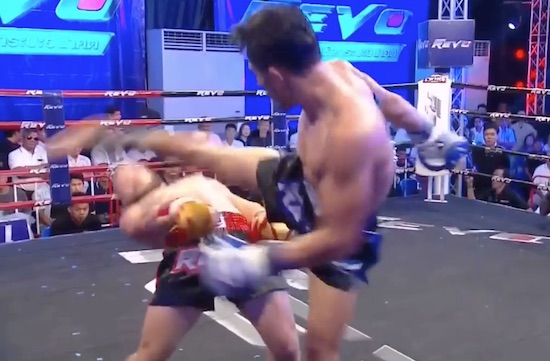 Kickboxing – or indeed any kind of combat sport – is all about your ability to dodge the shots of your opponent whilst effectively landing your own, but it’s rare that you see any kind of dodge reflex like the one in the video below.

Challenging his inner Morpheus/Neo, the kickboxer in this video – a guy by the name of Rafael Fiziev – pulls out one of the most insane dodging techniques that I think has ever been seen in a professional fight before. Get a load of this:

Damn. It’s a real shame that the bell rang right there and then because that would have been the perfect time to counter his opponent, smack him in the face and score a KO. I mean the video is already completely sick, but that would have made it about 1000 times sicker. So it goes.

For more kickboxing, check out this kickboxer who had the weirdest reaction ever to getting knocked out.