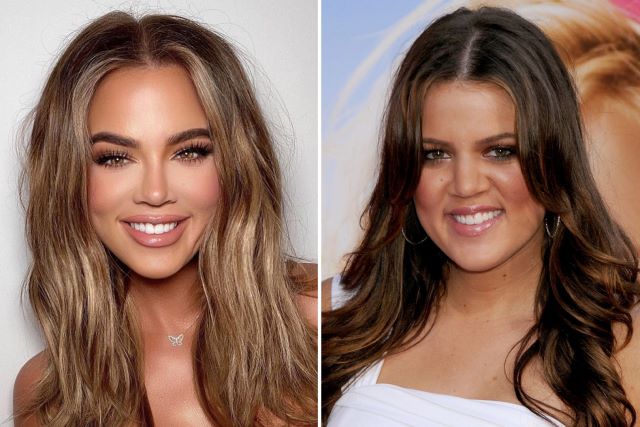 How the hell does her Face ID work anymore?

Earlier this year we wrote about how Khloe Kardashian was starting to look more like sister Kim with the way her face was completely transforming, and it looks like she’s really going all-out with the surgeries and whatever else she’s having done to achieve this new look.

Here’s how Khloe is looking these days:

Um, what the hell? Looks nothing like the Khloe Kardashian who first showed up on the scene years ago or even the one we knew last year.

Take a look at those photos above again, and then consider that these are all the same person:

Khloe Kardashian be looking like a different person every year 💀 pic.twitter.com/3UIvklDeQk

Imagine you’re a friend who hasn’t seen her in a while and then meet up with her for a catch-up. You would be so confused. In fact the people who live in the same house as her are probably just as confused as the rest of us. Anytime she’s done doing her makeup or comes back from the doctor she’s looking like a completely new person. We’re not talking a different hair colour or bit of botox here and there – Khloe Kardashian is actually tearing her face off every time and putting a new one on. There’s no other explanation.

Maybe she’s planning to quit the reality TV life and that’s why she’s changing her face? So she can one day pack her bags and show up somewhere under a new identity and no one will know who she is? Could be. Or maybe when you’re a multi-millionaire TV star and business mogul you can afford to swap faces now and again unlike the rest of us poor people who are stuck with the stupid faces we were born with. Fair play I guess.

For the time Khloe’s ex Lamar Odom got into a super awkward fight with rapper NORE on a podcast earlier this year, click HERE.