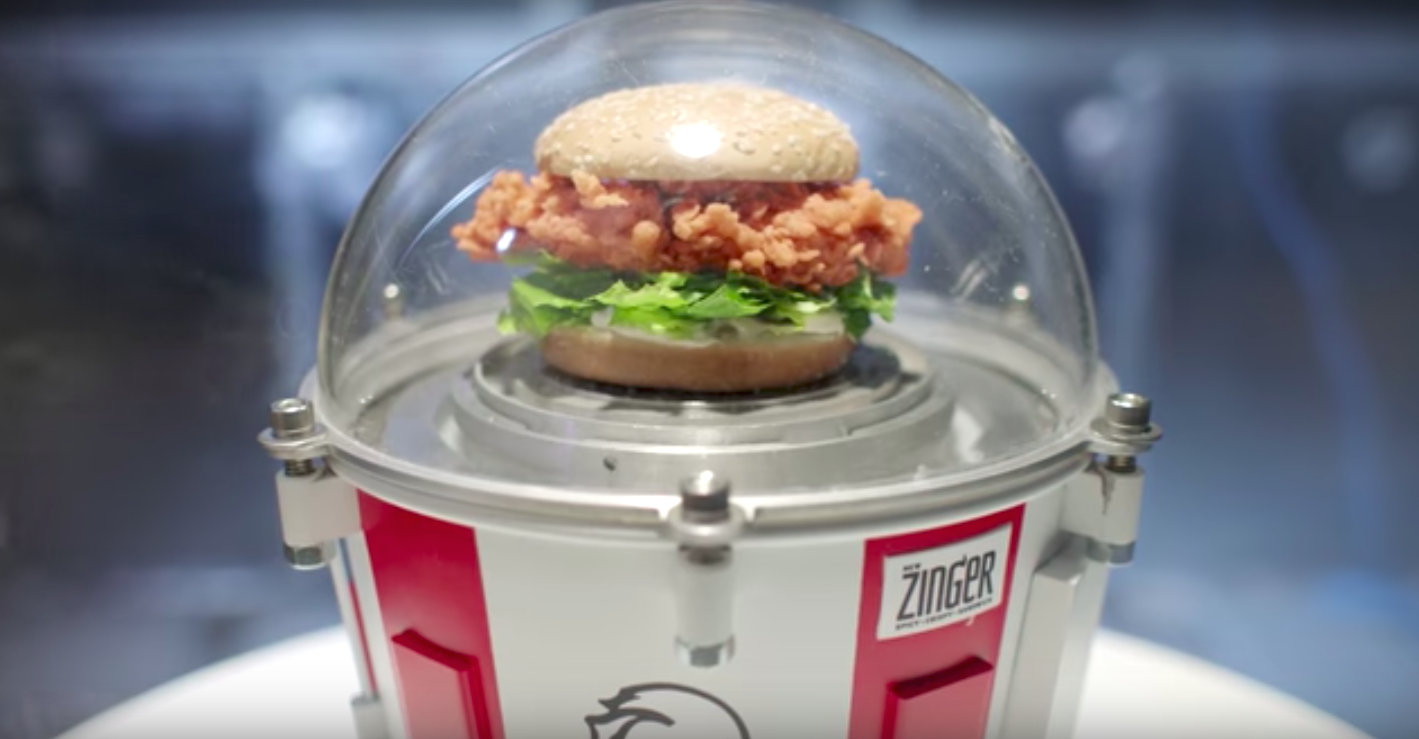 What a fantastic use of resources.

In these troubled times of political and economic uncertainty, it’s great to know that major corporations are still using their resources in the most useful ways possible. Case in point: KFC are launching a Zinger chicken burger to the edge of space. Totally useful.

The fast food giant is teaming up with private spacecraft company Worldview and the launch is scheduled to take place on June 21st. The sandwich will then travel for four days between seven and thirty miles off the ground all through the stratosphere. Neat, right?

But in all seriousness, we’re proud to support World View’s commitment to advancing space research and trust them to take our world famous Zinger sandwich to space.

Yeah, because I’m sure that there’s nothing more worthwhile right now in the world than sending a KFC chicken sandwich into space. Worldview are actually taking the whole situation very seriously though, arguing that it’s a great way to demonstrate their technology to the world, as well as receiving financing for it. I suppose investment in space travel is vaguely useful.

The Stratollite is a system designed to bring payloads into the stratosphere in order to deliver internet, Earth-imaging, disaster relief and other applications for way less of a cost than a traditional rocket launch. The Zinger flight will allow the company to test a lot of the technology that it’s utilising for the first time. Worldview CEO Jane Poynter said the following:

We’re going to learn a lot about long-duration stratospheric flight, while at the same time developing and testing some core systems capabilities that we’ve never had before.

For example, this is the first time we’ll be testing our solar power system, which is the on-board, regenerative power system that will allow the Stratollite vehicle to ultimately fly for months at a time without interruption. We’re also developing and testing a real-time HD video downlink system, among other critical systems improvements.

Again, this is probably vaguely important for the development of civilisation, but I still wish it wasn’t dressed up as something so stupid as sending a chicken sandwich into space. Just typing that makes me want to shoot myself really. The launch event is going to be live streamed though, if you do happen to actually feel excited about this.

For more space stuff, check out these 39 vintage photographs of NASA astronauts working in space. Breathtaking.