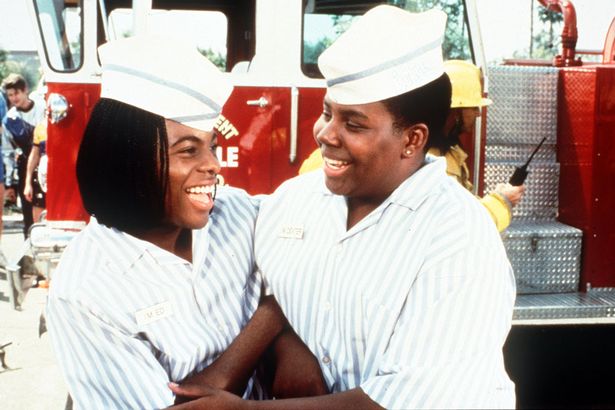 Kenan and Kel was must-see TV if you were growing up in the 90s, and while the former has kept himself busy since then with appearances on SNL, the latter pretty much dropped off the face of the planet and rumours seemed to suggest the two had a major falling out.

Last night all that was put to rest after Kenan Thompson and Kel Mitchell appeared on-screen together for the first time in 10 years, dropping some serious nostalgia bombs with a Good Burger sketch on Jimmy Fallon:

Nice little blast from the past eh? Kel worked in all the stuff he was famous for — the rapping, the non-stop misunderstandings, squeezing mustard all over someone etc. Kenan just does Kenan but Kel was sneakily underrated as a comic I reckon.

All that was missing was some orange soda. Classic:

For more 90’s nostalgia check out our story on the Shocking Truth Behind Saved By The Bell – be warned though, it could have dire consequences for all your cherished childhood memories.