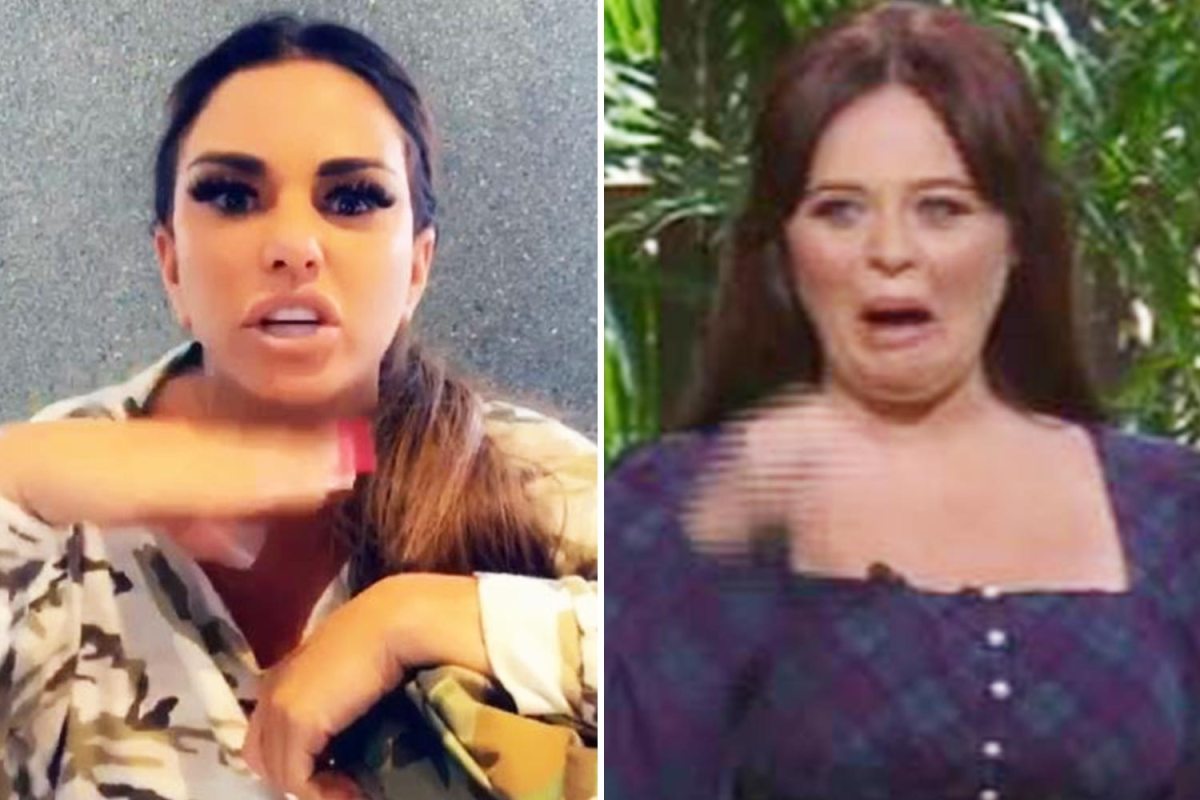 Last week on ‘I’m A Celebrity Get Me Out Of Here’, presenter Emily Attack made a pretty funny joke about Katie Price, but it doesn’t look like the Page 3 legend is laughing.

Basically co-hosts Joel Dommett and Adam Thomas filmed a clip where they were chilling in the same pool that Katie Price & Peter Andre hooked up in all the way back in 2004, and while discussing the clip afterwards Emily Attack said to them:

I hope you boys went to the clinic after being in that pool.

Like I said pretty funny and a joke you could make about pretty much any couple who shagged in a pool, but Katie Price took it super personally. In fact I don’t think she’s ever been this pissed off.

She even sneaks in her own ruthless diss for Emily Attack at the end:

.@KatiePrice has slammed Emily Atack in a furious social media rant over THAT ‘STD’ jibe 👀😬 pic.twitter.com/Ot6C6kEGyA

Yikes. So it looks like Katie Price is literally at the airport and wants to get a 23 hour flight to Australia to confront Emily Attack because she made a joke about her having an STD? I mean imagine being this annoyed about a throwaway joke that didn’t even have your name directly in it. It just makes everyone wonder why you’re so angry about it.

And how about that joke about Emily Attack’s fanny at the end? That was meaner than anything Emily Attack has probably ever said in her life. Unfortunately she now has beef with a stone cold killer in Katie Price and all she did was try and make us all laugh. Time to tighten up security at Springbrook National Park I think.

For Katie Price’s most NSFW photos 23 years on from her Page 3 debut, click HERE.